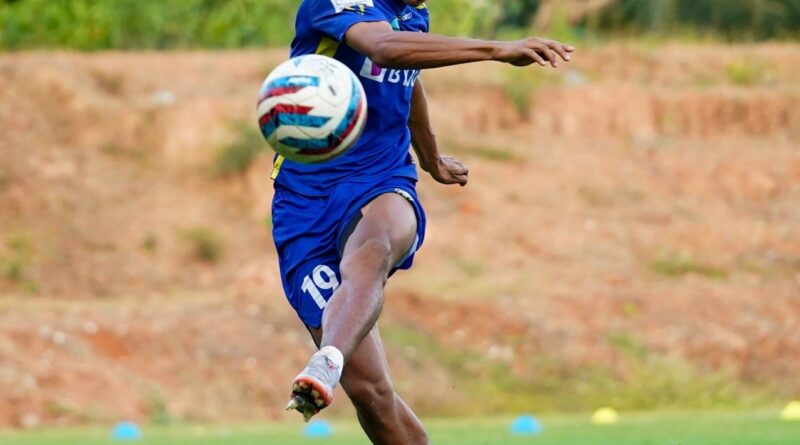 Bhubaneshwar, July 6 Indian Super League (ISL) side Odisha FC on Wednesday announced the signing of Denechandra Meitei on a year-long loan from Kerala Blasters for the upcoming season.

The 28-year-old defender, who hails from Manipur, has played for multiple clubs in both the I-League and ISL and also represented India at the U-23 level in a tournament held in Bangladesh.

“Ready for the Juggernauts! Denechandra Meitei signs for Odisha FC on a season-long loan from Kerala Blasters,” Odisha FC said in a tweet.

According to the club, the versatile defender, who can also fill in at a defensive midfield position will add more strength and depth to the OFC backline for the upcoming season.

Meitei, who started playing football at the age of 10 years, initially trained at a local stadium to improve his technical ability. Then he eventually managed to make it to his district team and then the Manipur football team in the youth nationals.

In 2008, Meitei signed with Mohun Bagan AC to join their academy. A year later, he joined the Sambalpur Academy in Odisha. After going back to Manipur, Meitei got recommended for a trial at Pune FC and got selected for the academy. While with the Pune FC Academy, he won the I-League U19 twice.

On August 5, 2020, Meitei joined Kerala Blasters from TRAU FC and made his first appearance for the club against Chennaiyin FC. After a year, the footballer signed a new three-year contract with Kerala Blasters, keeping him at the club until 2024.

Dhoni won so many trophies because of Ganguly’s hardwork, feels Gambhir

A place in final what we wanted: India coach Constantine