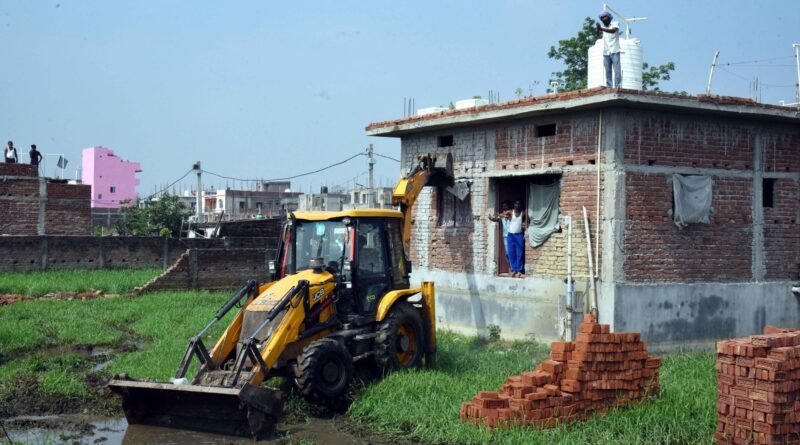 Patna, July 6 The Patna High Court on Wednesday directed the Patna district administration to stop demolitions in the Rajiv Nagar and Nepali Nagar areas until its final order in the matter.

The Patna district administration demolished more than 150 houses in these two localities on Sunday and Monday. Due to the demolition drive, more than 200 families were forced to stay on roads and in the demolished structures. The court has also asked the administration to provide electricity and water supply in the affected areas.

“The Patna High Court has asked the authorities including the district administration and the Bihar Rajya Awas Board not to undertake any further demolition. The structures should remain in the current position until the final judgement,” said Shivnandan Bharti, the lawyer representing the affected residents of these areas.

“The court has also asked the Patna District Magistrate to inform the court about why he has chosen Sunday for the demolition drive,” Bharti said, adding that both officials have been asked to affidavits in this regard.

The next hearing of this case is scheduled on July 14, he said.