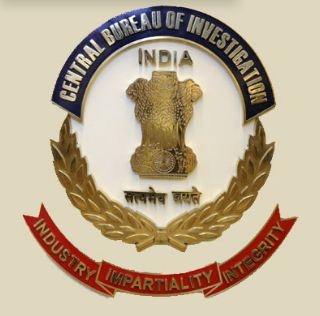 New Delhi, July 6 The Central Bureau of Investigation (CBI) is now carrying out raids in Bihar’s Darbhanga in connection with irregularities found in the Kiru hydroelectric project work awarded in Jammu, to the tune of Rs 2200 crores. Now the total locations being searched by the CBI have increased to 17.

The federal probe agency is conducting searches at 17 locations including one in Darbhanga, two in Sri Nagar, five locations in Delhi, three in Mumbai, one in Patna and at five locations in Jammu at the premises of associates of the accused, middlemen and others involved in the matter.

“In Darbhanga we are searching the house of a man who is said to be an aide of the CVPPPL Chairman.

“We have recovered incriminating documents which prove the nexus between public servants and middlemen,” said a CBI source.

“FIR was lodged on the allegations of malpractices in award of the contract worth Rs. 2200 crore of civil works of Kiru Hydroelectric Power Project (HEP) to a private company in 2019. Award of civil works package of Kiru Hydroelectric Project, guidelines regarding e-tendering were not followed and though a decision was taken in the Board Meeting of CVPPPL (Chenab Valley Power Projects (P) Ltd) for re-tender through e-tendering with reverse auction, after cancellation of on-going tendering process, same was not implemented (as per decision taken in the next Board meeting) and tender was finally awarded to said private company,” said the CBI source.

Earlier, searches were also conducted on April 21 at the premises of the accused including then Chairman, then MD, then Directors of CVPPPL.

During investigation, evidence was found about the alleged role of middlemen including then Chairman, financial transactions between these middlemen and public servants.