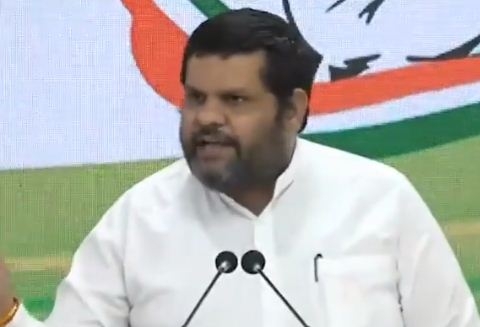 New Delhi, July 6 As the rupee falls against the dollar, crude oil imports is not the only sector which is going to be hurt but about 13 lakh students will be affected by the rising dollar rate. The Congress has now questioned the government on this.

The Congress has said that this year only the brunt is 6.2 percent while escalation has led to about a 15 percent hike for the students. The dollar rate is 79.14 as of today which was 74.5 on January 1.

Congress spokesperson Gaurav Vallabh said that, “without the increase of fees in foreign universities 13 lakh families have to suffer because of the rising rate of the dollar”

Vallabh asked: “What corrections, what measures is the government of India taking to stop this depreciation of rupee, because mind it, as rupee value depreciates viz-a-viz dollar, our oil bill, our oil prices automatically increase without any movement in the international prices.”

“Our lakhs of students, who used to go abroad for higher studies, their tuition fees got increased by 10 to 15 per cent in the last 6 months, because they have to convert rupees to dollars, so earlier they were getting 1,000 dollars for Rs. 70,000, today, they have to pay Rs. 80,000. So, without doing anything in six months, my tuition fees bill for higher studies in other countries has increased by around 15-20 per cent,” Vallabh said.