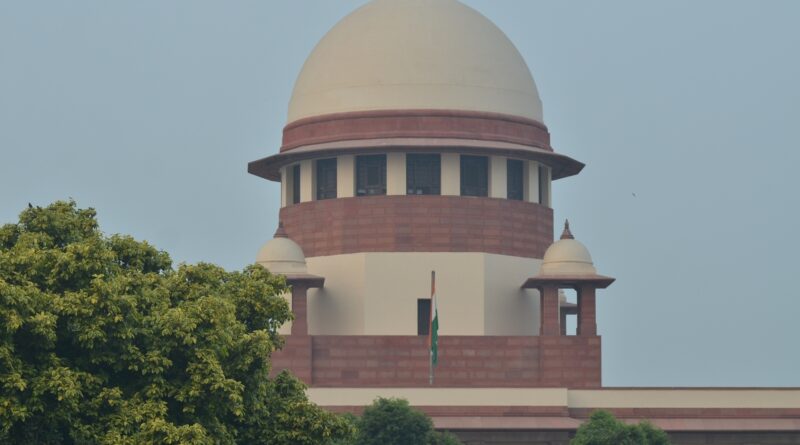 New Delhi, July 6 The Supreme Court on Wednesday stayed the Madras High Court order, which restrained the passing of resolutions in the AIADMK General Council meeting and Executive Councils in connection with the single leadership of the party.

A vacation bench of Justices Dinesh Maheshwari and Krishna Murari said: “In view of the facts and circumstances of case and subject matter of litigation and high court orders, it is considered appropriate that operation and effect of order June 23, 2022 shall remain stayeda..”

In the order, the top court said: “It may be clarified that though the meeting dated 23.06.2022 (forming the subject-matter of the orders aforesaid), has already been taken place but, in view of the further steps/proceedings taken up or likely to be taken up pursuant to the impugned order and pursuant to the observations/directions made therein, and looking to the questions raised in these petitions, it appears necessary and expedient that the operation of the impugned order should remain stayed until further orders of this court.”

The bench added so far as the meeting of the General Council, slated to be held on July 11, is concerned, the same may proceed in accordance with law and in that relation, the other aspects of any interim relief ought to be projected and presented before the single judge dealing with civil suit(s) on the original side.

The bench said: “We do not consider it necessary to pass any other order of interim nature and all other aspects are to be examined at the appropriate stage.”

“It is made clear that pendency of these petitions in this court shall not be of any impediment for the learned single judge dealing with the civil suit(s) to examine the prayer for any other interim relief and/or to pass any other necessary order, as may be required in the facts and circumstances of the case. The respondents may file counter affidavit within two weeks. List these matters after two weeks.”

On July 4, senior advocate C.S. Vaidyanathan mentioned the plea before a vacation bench of Justices Indira Banerjee and J.K. Maheshwari and urged the court for an urgent hearing in the matter. Vaidyanathan contended the high court held an extraordinary sitting at midnight at the residence of one of the judges on the bench and an order was passed restraining the general council from passing any resolutions.

Counsel, representing M. Shanmugham of the opposing O. Paneerselvam group on caveat, said there was no urgency to list the matter during the court’s vacation, and contended that contempt petitions were filed due to breach of court’s directions.

Vaidyanathan submitted before the top court that this is judicial interference with a political party’s internal functioning. He added, alleging violation of the interim order, contempt petitions have been filed and they are scheduled for consideration before a division bench the same day.

After briefly hearing arguments advanced by counsel, the top court agreed to list the matter on July 6, subject to the approval of the Chief Justice.

The high court’s division bench ruled that no unannounced resolutions could be taken up at the meeting of the AIADMK General and Executive Councils.

The high court’s order was passed in an intra-court appeal filed by Shanmugham, challenging the single-judge bench’s order, declining to restrain the party from making any amendments to its bye-laws.

The dispute is connected with the changing of the dual-leadership structure of the AIADMK, where Paneerselvam (OPS) and EPS, were leading it as coordinator and joint coordinator. The EPS group is now pressing for unitary leadership.

SC to hear review petitions on Sabarimala, no stay on ruling

Battle for UP: 5th phase poll crucial for BJP, Cong