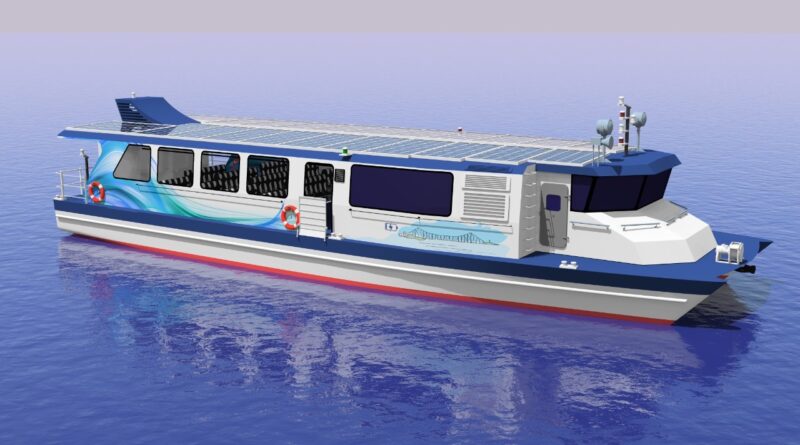 Kolkata, July 6 The government of West Bengal plans to replace the ferries operating between several ghats of the river Hooghly along Kolkata, Howrah and the suburbs with green vessels.

On Tuesday, the state transport department signed a contract with Garden Reach Shipbuilders and Engineers (GRSE) Ltd to design and build a green vessel that will carry 150 passengers in air-conditioned comfort.

The zero-emission electric ferry will be powered by a 210 kWh liquid-cooled energy storage solution and have solar panels mounted on the roof.

It will be 24-metre long with an aluminium Catamaran hull and twin propellers. Its piercing hull design will allow an operating speed of 8 knots and a maximum of 10 knots.

The contract was signed by Anindya Sengupta, special secretary, Transport Department, Government of West Bengal and Cdr Shantanu Bose (retd), director (shipbuilding), GRSE in the presence of other officials.

According to a source, GRSE’s in-house design team will complete work on such a vessel after which it will be constructed following latest rules of the classification society for such class of passenger vessels.

On the occasion, Cmde PR Hari, (retd) chairman & managing director, GRSE said: “The project is expected to revolutionize the water transport system in this region and support the country’s efforts to reduce its emission and Carbon footprints, changing the lives of the people in the city. The initiative also demonstrates the GRSE’s capabilities in manufacturing electric mobility solutions under Make-in-India initiative. We are keen to emulate our success in this green venture in other states with potential for waterways.”

Ferry services along the Hooghly are a lifeline for thousands of commuters and there is tremendous scope for improvement. The vessels that operate now have diesel engines and cause severe pollution, environmentalists have noted. Once the prototype of the green ferry completes trials successfully, more vessels can be ordered to replace the entire fleet of diesel-guzzlers.