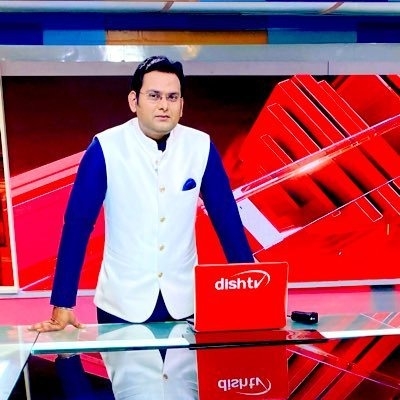 Noida, July 5 A TV news anchor working for a private Hindi channel was on Tuesday arrested by the police for circulating rumour. He was later released on bail, an official said.

The accused journalist, identified as Rohit Ranjan, was seen anchoring with a ‘doctored’ video clip of Congress leader Rahul Gandhi, in which the latter was heard calling the Udaipur attackers as ‘children’, justifying the heinous killing of tailor Kanhaiya Lal last week.

However, the original video had Rahul Gandhi’s comments on the SFI attack at his Wayanad office, which was “deliberately and mischievously” doctored to make it appear as if it was a comment on the heinous murder of Kanhaiya Lal in Udaipur.

“The anchor was summoned to the Sector 20 police station and after interrogation, he was arrested on the basis of evidence,” the official told IANS.

He was later released on bail as the charges levelled by the Noida Police came under bailable offence. Notably, the channel itself had lodged a complaint against the said anchor after the doctored video blunder.

Interestingly, the anchor was arrested on the very same day when the police from Congress-ruled Chhattisgarh reached the accused anchor in Ghaziabad to arrest him in the said case.

“Chhattisgarh Police is standing outside my house to arrest me without informing the local police, is it legal?” Ranjan had tweeted on Tuesday morning.

The Raipur Police replied to the anchor’s tweet, asking him to cooperate with the police.

“There is no such rule to inform. Still, now they have been informed. The police team has shown you the court’s warrant. You should in fact cooperate, join the investigation and place your defence in court,” Raipur Police said.

The journalist tweeted at 6.16 a.m., while the Raipur Police responded at 8.09 a.m. Half-an-hour later, the Ghaziabad Police also shared its reply.

“The matter is in the cognisance of the local police, action will be taken as per the rules,” the Ghaziabad Police said.

Meanwhile, Congress MP Jairam Ramesh accused the Noida Police of deliberately interfering with an ongoing investigation to shield the accused.

“They have deployed state machinery, without cause or explanation, to hide an individual accused of serious offences from a legitimate investigation. What is it that their political masters are afraid of being uncovered through an investigation,” the Congress leader questioned.

He said that the arrest warrant was issued by a competent court on an application moved with facts available in the public domain.

“This is an act of wilful contempt of the court’s warrant by the UP police and their political masters. This is also the second time that we have seen this happening… the BJP is deploying the police force to shield repeat offenders from legitimate investigation and inquiry,” Ramesh said. 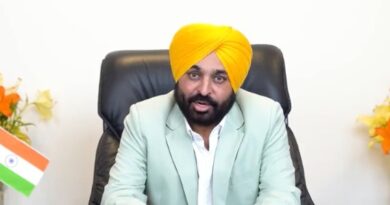