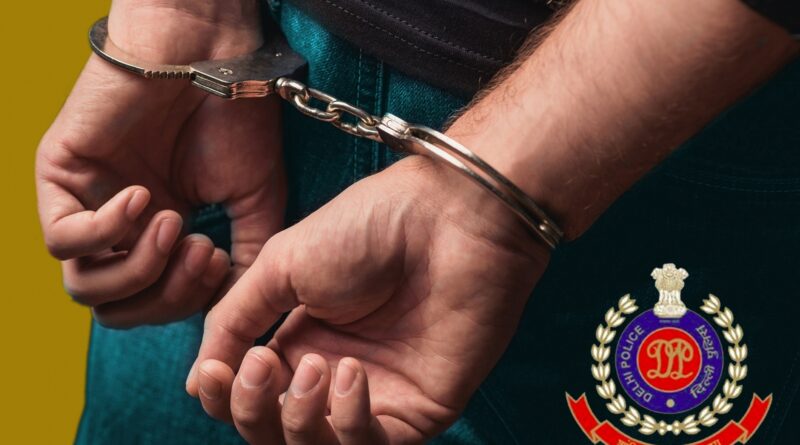 New Delhi, July 6 Delhi Police has arrested a man who sexually harassed a woman at the Jorbagh station of the Delhi Metro in the first week of June, an official said on Wednesday.

The incident took place on June 2 at around 1.50 p.m. and came to light after the victim woman shared her ordeal on social media, prompting the Delhi Police to take action.

The victim woman, in a 8-post long thread on Twitter, narrated the entire incident as to how she was sexually harrased at the Jor Bagh metro station. She said that she was approached by a man who asked her for help with an address during the metro ride.

“I helped him, then got off at my station and sat on the platform to book a cab. The man approached me again at the station under the garb of confirming the address. Believing that he needed help, I peered into his file that he was trying to show me. At this point I noticed that he was trying to thrust his uncovered penis in my face. He attempted to do this thrice. As soon as I noticed, I got up and ran back, I was scared & couldn’t think straight,” she wrote on Twitter.

She further alleged that soon after the incident she approached a policeman standing on the platform, but he flatly refused to help her and asked her to go upstairs to talk about it.

Later she went to the CCTV room and checked the footage where she recognised the sexual offender, however, despite raising the complaint the personnel there took no action.

“Ultimately, I got no help from the @OfficialDMRC police. I am now extremely paranoid and scared to step out of my house,” the woman stated.

Deputy Commissioner of Police (Metro) Harendra Kumar Singh said they took cognizance of the social media post and approached the victim woman who is a resident of Gurugram. “We got her statement. We have registered the case. We are examining the CCTV footage. Different teams have been assigned different tasks,” the DCP had said a day after the woman was molested.

DCP Harendra also mentioned about the victim woman’s allegation in which she had stated that she approached a policeman but the cop didn’t help her. “Those are the security personnel of CISF and we are taking this matter with their higher-ups to find out under what circumstance the incident was not brought to our notice,” he said.

Delhi Police Spokesperson Suman Nalwa assured all the women in the national capital that the police take such complaints very seriously and they should not hesitate to approach police in such matters.

The Delhi Metro Rail Corporation had also issued a statement stating that their organisation has zero-tolerance for any act amounting to indecent behaviour and sexual harassment.

“We are committed to providing a safe and secure environment for traveling at all times. In the context of the recent incident reported at Jorbagh, we have already taken up the issue with the concerned security agencies. Delhi Police has already taken cognizance of the complaint and are investigating into the matter,” the DMRC said.

It further said that the Delhi Metro premises and trains are covered by CCTV cameras at multiple locations and the footage of this incident has already been shared with the police authorities, who are actively pursuing the case further.

“Apart from CCTV cameras, the Delhi Metro trains are equipped with Passenger Emergency Alarms (PEA) through which the passengers can communicate with the train operator. The stations are well lit at all locations to avert any mishap and the Delhi Metro helpline number 155370 is also operational round the clock,” it said.

Delhi Commission for Women Chairperson Swati Maliwal had also taken suo motu cognisance of the incident and issued a notice to Delhi Police. “Strongest action must be taken against the man and he needs to be urgently arrested!,” Maliwal had said.

The details of the arrest of the accused are yet to be shared by the Delhi Police.

Getting Inked can impair sweating, make body to overheat