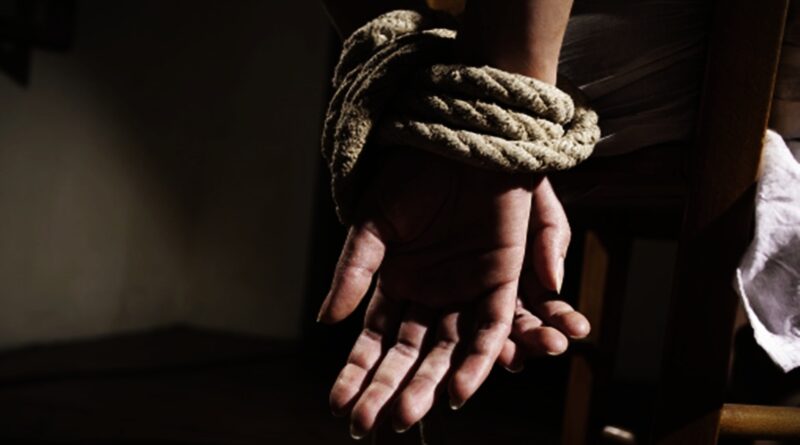 Lucknow, July 6 In a shocking incident, a car dealer was allegedly kidnapped by a group of 13 men led by a Government Railway Police (GRP) constable from outside KGMU Trauma Centre and taken to a garage where he was subjected to physical torture.

The victim was allegedly beaten, kicked, given electric shocks and filmed naked by the accused for two days after he was abducted.

He finally managed to escape and contacted the police who arrested one of the accused. The remaining accused are absconding.

An FIR has been lodged against Alok Tiwari, Sanjay Singh and Vinay Singh and their ten unidentified aides under the charges of attempt to murder, kidnapping, rioting, voluntarily causing hurt, intentional insult and criminal intimidation.

ACP Chowk, I.P Singh, on Wednesday said: “Tiwari is a GRP constable and the one arrested on Tuesday was among unnamed accused. Police teams are hunting those who are on the run.”

The victim, Mohan Vishwakarma, is a car dealer and Tiwari used to bring customers to him. However, they separated sometime back due to a financial dispute. Police suspect that this dispute was behind the incident.

In his FIR, Vishwakarma said that he was at trauma centre on July 2 night to attend to his niece who later died during treatment.

“I was standing near the hospital gate when Tiwari and his aides came in an SUV and forced me to go with them. They took me to a garage where they thrashed me, gave me an electric shock and filmed me naked,” he said.

“They then took him to the house of one Sanjay Singh where they told me to bring Rs 10 lakh from my home. However, I managed to dodge them and reached the Vibhuti Khand police station but was denied help. They asked me to contact Chowk police as the incident took place in its jurisdiction,” he said.

I’ll take action against you: RS Deputy Chair to Minister