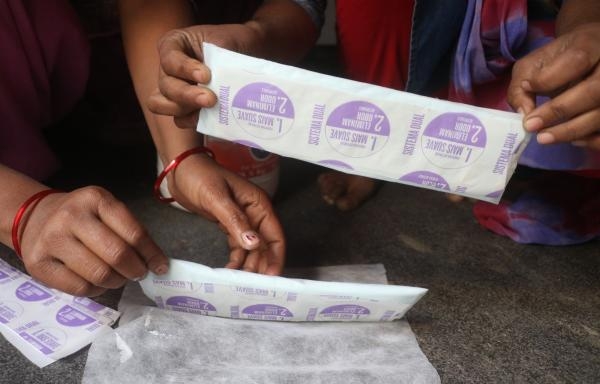 New Delhi, July 6 The Delhi High Court on Wednesday directed the city government to ensure that female students in government schools get uninterrupted supply of sanitary napkins under the Kishori Yojana.

A division bench of Chief Justice Satish Chandra Sharma and Justice Subramonium Prasad was hearing a Public Interest Litigation (PIL), in which it was stated that sanitary napkins in Delhi’s government schools are not being provided since January 2021, causing problems for girls.

“In order to ensure that the supply of sanitary napkins is not discontinued, all Heads of Schools, Deputy Director of Education, and other officers have been empowered and given sufficient funds to procure sanitary napkins from Government e-marketplace for distribution,” said the court.

In the course of the hearing, the court was apprised that the city government has issued a tender for the distribution of sanitary napkins and in the meantime, school authorities have been provided funds to procure napkins from the government e-marketplace for distribution.

Accordingly, disposing off the PIL, the court said: “The government shall also in future ensure an uninterrupted supply of sanitary napkins to girl students under the Kishori Yojana Scheme.”

Petitioner NGO Social Jurist, through advocate Ashok Agarwal, submitted that the city government’s Directorate of Education had adopted the Kishori Yojana scheme under which girl students enrolled in its schools will be provided sanitary napkins to maintain personal hygiene and general health in addition to eliminating obstacles in their studies, and prayed for the restoration of the facility.

Not providing sanitary napkins to the girl students is irrational, unreasonable, arbitrary, and violative of the fundamental right to education of girl students as guaranteed under the Constitution, read with the provisions of the Right of Children to Free and Compulsory Education Act and the Delhi School Education Act, it stated.

Maternal exposure to plastic chemical may up asthma, wheezing risk in girls

Was curious enough to take on ‘Arjun Reddy’: Shahid Kapoor

Does eating too much sugar cause diabetes?