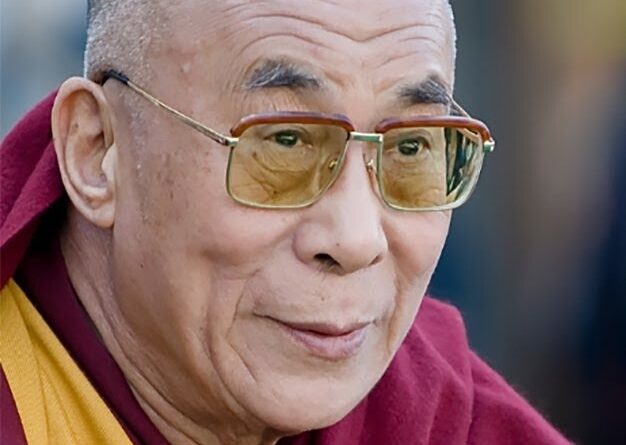 As the world celebrates his birthday, IANS looks at the commitments of the globe-trotting Tibetan spiritual leader, the global face of the Tibetan exile movement, and his vision and love for India.

Besides promoting human values, non-violence and religious harmony, one of His Holiness’ commitments is to introduce and revive ancient Indian knowledge in modern India through education and with a secular approach, says an aide of the Dalai Lama.

The Buddhist scholar, known for his simplicity and typical jovial style and for whom Mahatma Gandhi is the most influential leader of the 20th century for his idea of non-violence, prefers to participate in meetings with religious leaders, and lectures students and businessmen on ethics for the new millennium and the art of happiness.

He believes India is the only country with the potential to combine its ancient knowledge with modern education.

Talking to a congregation of Tibetans, who organised the long-life offering ceremony of His Holiness here last month, the spiritual leader said, “I’m in my eighties now, but I’m determined that even when I’m in nineties or past one hundred, I will strive to work for Tibet.

“I’m in good health and my brain is clear, so I intend to live for at least the next 25 years. The sun will shine once more on Tibet. Freedom will recover.”

At the same time, the Dalai Lama, often quoted as saying “although physically I am in India, my mind often goes to Tibet”, said he has retired from political responsibilities and he remains a guest of the government of India here in the Kangra Valley, a location chosen for me by Pandit Nehru, the first Prime Minister.

According to a Central Tibetan Administration (CTA) post of October 2019, His Holiness, referring to his fourth commitment, remarked he has been focusing on the revival of ancient Indian knowledge in the latter part of his life that mainly promotes ahimsa and karuna.

“The world needs more of this knowledge,” he said while addressing students and faculty members of a six-month certificate course in ancient India wisdom started by a government college in his abode in Dharamsala, a town in Himalayan foothills where a community of Tibetans live in exile with the Dalai Lama, hoping to sustain their struggle to secure complete autonomy in Chinese-ruled homeland Tibet.

The Dalai Lama apprised the students and the faculty that ahimsa and karuna cannot be revived through prayers or rituals but rather through education.

In 1959, the occupying Chinese troops suppressed the Tibetan national uprising in Lhasa and forced the Dalai Lama and over 80,000 Tibetans into exile in India and neighbouring countries.

On reaching India after a three-week-long treacherous journey, the Dalai Lama first took up residence for about a year in Mussoorie in Uttarakhand.

On March 10, 1960 just before moving to Dharamsala, which also serves as the headquarters of the exiled Tibetan establishment, the Dalai Lama said: “For those of us in exile, I said that our priority must be resettlement and the continuity of our cultural traditions. We, Tibetans, would eventually prevail in regaining freedom for Tibet.”

Currently, India is home to around 100,000 Tibetans and the government-in-exile, which has never won recognition from any country.

As the world wrestles with instability and crises, India is the only country which has the ability to combine modern technology and science with ancient knowledge and train minds with more compassion and peace, says another post quoting the spiritual scholar.

Commenting on fourth and final commitment of the Dalai Lama on revival of the ancient Indian wisdom, Geshe Ngawang Samten, Vice-Chancellor of Central Institute of Higher Tibetan Studies in Sarnath, explained His Holiness belief that ancient Indian knowledge is more than a study of religion and its relevance beyond the religious doctrine to contribute significantly to the well being of human beings.

“Given every talk and teachings, His Holiness has always lauded the ancient tradition of the Nalanda institution and expressed his earnest pursuit to restore and revive the ancient Indian knowledge,” added Samten.

The Nalanda tradition, in particular, considers His Holiness a great potential of making a significant contribution in the fields of philosophy, epistemology, and logic, etc., thus making it a highly intellectual and spiritual tradition.

The Dalai Lama, whom Beijing regards as a dangerous “splittist”, or separatist, considers himself a son of India.

“All particles in my mind contain thoughts from Nalanda. And it’s Indian ‘dal’ and ‘chapati’ that has built this body. I am mentally and physically a son of India,” the Dalai Lama, recipient of over 150 global awards, including the Nobel Peace Prize and the US Congressional Gold Medal, in his addresses is often quoted as saying.

“India and Tibet share a relationship of ‘guru’ (teacher) and ‘chela’ (disciple). When I see some part of my ‘guru’ being corrupt, as a ‘chela’ I feel ashamed.”

Time and again, a demand from Indian parliamentarians and his believers is being raised that India should confer its highest civilian award — Bharat Ratna — on him in recognition of his services to humanity.

The 14th Dalai Lama was born on July 6, 1935, in a small village in the remote Amdo region of Tibet.

AMU to tie up with wildlife dept on conservation efforts