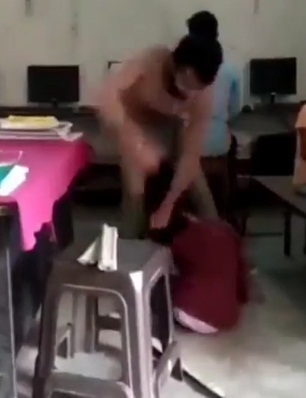 Dhanarua police station SHO Deenanath Singh confirmed the arrest. He told IANS that the accused Amar Kant alias Chhotu has been booked under relevant IPC sections of 323, 341, 342, 307, 506 and 75 of the Juvenile Justice Act.

“The accused was running a coaching centre named Jaya coaching classes for the students of nursery to class 3 in Dhanarua. He brutally assaulted a 5-year-old. Due to the brutal assault, the victim became unconscious,” Singh said.

The situation was such that other students also got scared and could not dare to stop him or rescue the fellow student.

When the video went viral on the social media and his family members learnt about the incident, they assembled at the coaching centre and vandalised it.

Amar Kant alias Chhotu is a local resident of Dhanarua and he is said to be a patient of high blood pressure and hypertension.

“There were 45 pupils associated with his coaching centre,” Singh said.