New Delhi, July 6 The Central Bureau of Investigation (CBI) on Tuesday said it has registered two separate cases against two accused persons and other unknown individuals for allegedly causing huge loss to Lakshadweep Khadi and Village Industries Board (LKVIB).

A senior CBI official said that earlier, a joint surprise check was conducted by the CBI and Vigilance officials of the union territory of Lakshadweep on June 25 in the Kavaratti Island situated office of LKVIB.

“It was alleged that some influential and other persons in connivance with unknown public servants of Lakshdeep Khadi and Village Industries Board (LKVIB) fraudulently availed loan under Consortium Bank Credit Scheme (CBC) for purchasing fishing vessels and other accessories and did not repay the same, thereby causing huge loss to the government exchequer.

“The non-remittance of loan by the Ainfluential beneficiaries resulted into a situation, where Khadi and Village Industries Commission, Mumbai stopped releasing the funds to LKVIB and thus the development work to be carried out by the Board came to stand still. Further loans to fresh applicants could not be disbursed and it also curtailed the benefits of other islanders,” said a CBI official.

“Searches were conducted today at the residential premises of accused including at Kavaratti, Lakshadweep and Calicut (Kerala) which led to recovery of incriminating documents,” said the CBI official. 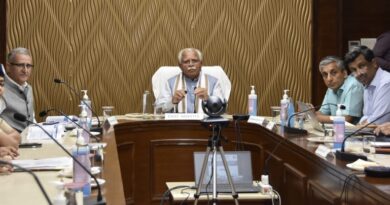 No proposal for Madame Tussauds in Delhi: Minister