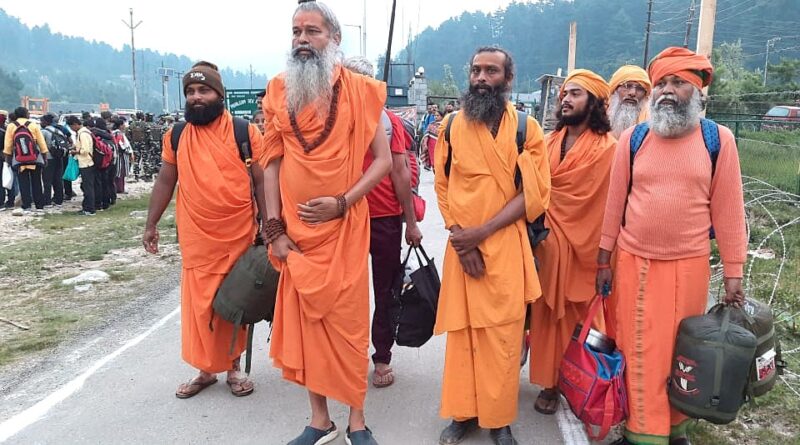 Srinagar, July 6 Authorities announced on Wednesday that due to inclement weather along both the routes, Amarnath Yatra will remain suspended for the day.

Due to inclement weather along both Baltal and Pahalgam routes, no movement of pilgrims will be allowed from either side towards the cave shrine today, officials said, adding that the pilgrims will not move towards the Valley from Jammu.

The situation will be reviewed later, they added.

Since Amarnath Yatra 2022 started on June 30, so far over 65,000 Yatris have performed the pilgrimage.

The pilgrimage to the cave shrine, situated 3,888 metres above the sea level, will conclude on August 11 on Shravan Purnima coinciding with Raksha Bandhan festival.

SC notice on guidelines on senior designations to advocates