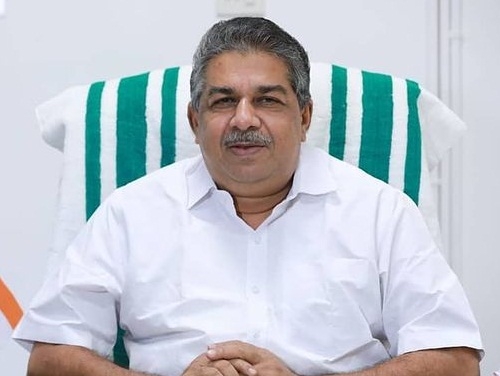 Thiruvananthapuram, July 5 The Congress and the BJP on Tuesday sought the resignation of Kerala Minister for Fisheries and Culture and CPI-M leader, Saji Cherian, for slamming the Constitution even as the minister apologised in the assembly and clarified that it was never meant to portray the Constitution in poor light.

“The reports that I spoke against the Constitution at a party meeting have been twisted. I am one who has the utmost respect for the Constitution. I spoke in my style and it was never meant to portray the Constitution in poor light. I am deeply saddened and apologise for this if it appears to have been misconstrued and became news,” said Cherian in the assembly on Tuesday.

Meanwhile in Delhi, politburo member of the CPI-M, M.A. Baby tried to play it down, saying that this could well be a slip of the tongue by Cherian and he has already given his version and hence the matter can be treated as closed.

“Those who wrote the Constitution have pointed out that there can be amendments to the Constitution. Cherian might have had a slip of the tongue and it can be seen like that,” said Baby.

Kerala Governor Arif Mohammed Khan is understood to have asked for a detailed report on the issue and a team of BJP leaders will be meeting him shortly to demand the ouster of Cherian.

State Congress president K. Sudhakaran said the national leadership, if they have any sense of propriety, should ask Cherian to quit.

“I do not know if Vijayan has that quality. If he does not quit, then legal steps will be taken against him,” said Sudhakaran.

Criticising the minister, Pasha said, “What he said is a violation of the oath that he has taken and Vijayan should ask for his resignation.”

Leader of Opposition V.D. Satheesan said, “What Cherian said is not acceptable and Vijayan should ask for his resignation.

“If Vijayan does not act, we will seek legal recourse,” said Satheesan.

The day also saw numerous protests across the state by the BJP and Congress activists, who took to the streets demanding the resignation of Cherian.

The Congress party in Pathanamthitta district has complained to the district Superintendent of Police (SP) to register a case against Cherian for his illegal and criminal act of attacking the Constitution.

With the Congress and the BJP up in arms, it’s trouble for Cherian. In 1985, R. Balakrishna Pillai, a minister in the Karunakaran government had to resign following a speech he made, when he said a Punjab model agitation (Khalistan) will have to be launched in Kerala to get developmental projects.

Pillai had to quit following a high court observation about the Constitution and in all likelihood, Cherian might go the way Pillai went, as the Congress is all set to approach the court.

In a related development, the local CPI-M unit where Cherian spoke has removed the controversial speech from their Facebook account.

Cherian, a two-time legislator from the Chengannur Assembly constituency in Alappuzha district, during a CPI-M meeting at Pathanamthitta had said, “The Indian Constitution is not fair to the labour class as there is no protection for them and instead of that some ‘stupid’ (used popular colloquial words like ‘kunthem’ and ‘kudachakrem’) things like secularism and democracy are written in it.

“The Constitution is what the British said and has been written by an Indian. It’s something which one allows for loot and nothing there for the labour,” said Cherian.

He slammed the judiciary and said, “In labour cases, the courts are favourable to the business people and that’s what has helped the Adanis and Ambanis.”