Majidi had lodged a complaint at Juhi police station, seeking a probe into the activities of Dawat-e-Islami in Kanpur.

He had also condemned the Udaipur incident in a TV debate after which he was threatened with dire consequences by an unidentified caller on his mobile phone.

The police said they are looking into Majidi’s complaint in connection with the matter.

Majidi had earlier made a complaint to the Uttar Pradesh Chief Minister’s office in 2021 regarding a probe into the operations of Dawat-e-Islami in Kanpur.

Joint Commissioner of Police, Anand Prakash Tiwari, said, “The police is looking into his (Majidi’s) complaint and action will be taken as per the evidence.”

Questions have been raised over the activities of Dawat-e-Islami outfit in Kanpur and its possible connection with the outfits by the same name which is headquartered in Pakistan.

Existence of the outfit in Kanpur raised eyebrows after one of the two perpetrators of the Udaipur terror incident was found to be in touch with Dawat-e-Islami in Pakistan. 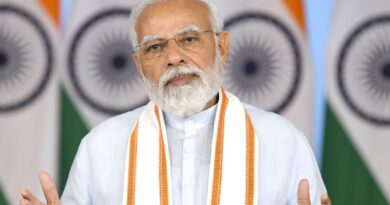 Quad is constructive, not to create any debt burden: India