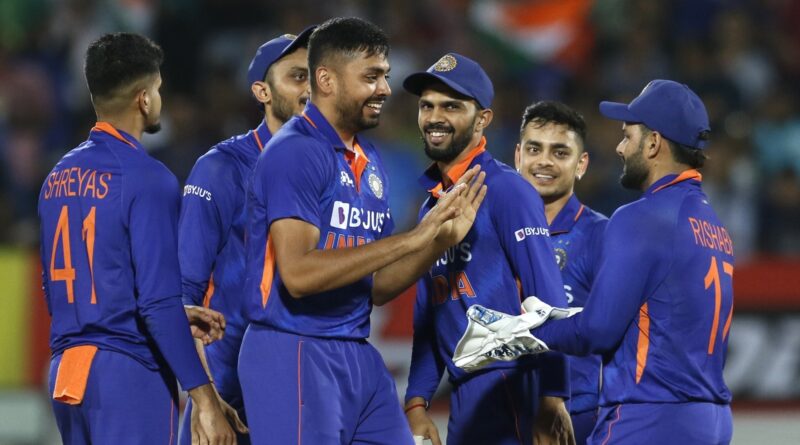 By Niharika Raina
Mumbai, June 24 In the run-up to India’s T20I series opener against South Africa in New Delhi, head coach Rahul Dravid had mentioned about how he was someone who liked to have consistency in the playing eleven, giving players ample time and making them feel settled in their positions in the playing eleven.

Dravid’s words came true when India didn’t tinker with their playing eleven despite losing matches in New Delhi and Cuttack. With the Indian team management continuing to keep their faith on the playing eleven, India made a comeback in the series through victories in Visakhapatnam and Rajkot before a washout in Bengaluru led to the series being drawn at 2-2.

The consistency in India’s playing eleven during the series against South Africa is something which left former India cricketer-turned-commentator Sanjay Manjrekar thrilled, who now wishes for more captains and coaches in the T20 world to adopt stability in their playing eleven.

“I thought that was actually quite fantastic which the new team management did. With T20 being such a hit-and-miss format, the worst thing you can do to a player is trying to stake a claim into that T20I side and seal his place with him getting this feeling that ‘I have got only two matches’. So, that was really very good and I hope a lot of coaches and captains take up that kind of approach.

“But unfortunately, against Ireland, you got only two games; you can’t give (a) long rope. But I really like that idea and I get this impression, feeling that guys who prove themselves in that series against South Africa might be rested against Ireland and then you get a new set of guys to look at. Hopefully, after Ireland, they get a longer rope as well,” said Manjrekar in a virtual interaction organised by Sony Sports.

In India’s upcoming two-match T20I series against Ireland, that consistency in the playing eleven will be tweaked as Dravid, along with Rishabh Pant and Shreyas Iyer, will be with the Test side for the all-important rescheduled Edgbaston Test from July 1-5.

It brings right-handed batters Suryakumar Yadav and Sanju Samson in the reckoning to enter the playing eleven, with an eye to enhance their credentials, especially with the Men’s T20 World Cup later this year in Australia. Manjrekar is sure of Suryakumar, who is coming back after a hairline fracture and muscle strain on the left forearm, to get runs and hopes for Samson, who has been in and out of the national side, to make the chance count against Ireland.

“This is a time where one has got to be really excited about what the IPL is doing for Indian cricket apart from it being one of the most lucrative and cash-rich T20 leagues. It is also making Indian T20 talent quite rich and you got to be excited by the options available. Suryakumar Yadav didn’t play a single match against South Africa but India was still able to dominate that series despite starting off poorly.

“Sanju Samson interestingly in IPL 2022 wasn’t getting the large scores but he was largely more consistent than ever been.

“If these two guys will get opportunities and imagine them making an impact, I have got no doubt about Suryakumar Yadav; he’s more consistent and reliable and somebody who is likely to be in the squad for the T20 World Cup.

“Sanju Samson’s time at the international level hasn’t been great. But there is something about him that we have seen, so let’s hope that he will be turning a corner. For him, these opportunities are God-sent and very precious.

“If he doesn’t fire, then those opportunities won’t come along because he’s been there for a while and got opportunities to play for India. So, Suryakumar Yadav will definitely add value. Sanju Samson, as well, but his consistency has been the issue because he plays that high-risk game. But the benefit of having Samson in the team is that he’s so selfless, he becomes very dangerous as well,” concluded Manjrekar looking ahead of India’s T20I tour of Ireland, which will be broadcast on Sony Sports Network on June 26 and 28.

Marquez says will battle for pole position at Austria MotoGP

Messi hits the gym after loss to Colombia in Copa opener