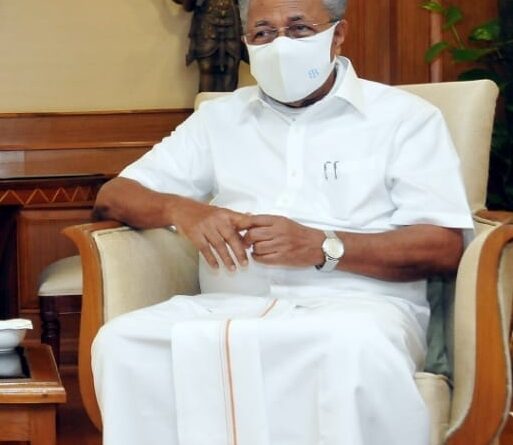 This would be the first major meeting of the party after its crushing defeat in Thrikkakara bypoll, allegations by gold smuggling accused Swapna Suresh and the airline incident.

Ever since he took over in 2016 and then led the Left to a stunning record breaking win at the April 2021 Assembly polls, Vijayan probably has never faced such a turmoil.

If it all began with a crushing defeat of the CPI-M candidate at the Thrikkakara by-election early this month, things went from bad to worse for him with the “explosive” allegations by Swapna Suresh that the CM and his family were involved in the matter.

Seizing this as the best opportunity and with the Thrikkakara win behind them, the Congress launched a huge counter-attack against the chief minister, demanding his resignation, forcing the latter to go into a shell.

And when things not conducive for Vijayan, came yet another jolt when his with his party led by the Left Democratic Front convenor E.P.Jayarajan and his party secretary Kodiyeri Balakrishnan getting involved in unpleasant incident in an IndiGo flight, last week, when he was flying from Kannur to here.

Both Jayarajan and Balakrishnan claimed that three Youth Congress workers who were also in the same flight tried to attack Vijayan.

While Jayarajan, who was on-board the aircraft, first said the Congress activists shouted slogans after Vijayan had alighted but later reportedly changed his version saying Vijayan was present at the time of the incident. Balakrishnan too said the same.

But on Thursday, the Kerala High Court granted bail to all three saying they did not possess any weapon. The Congress top brass slammed the CPI-M claiming that they were spreading “falsehoods” and that the court could see their game plan and hence granted bail
to the three youth.

A media critic on condition of anonymity said the coming three days is crucial for Vijayan as this is the first time they are having their secretariat and state committee meeting after the crushing defeat and all the incidents like the revelation of Swapna and the airline incident.

“This is perhaps the first time ever after Vijayan became the unquestioned leader in the CPI-M that he is under a cloud. With the Assembly session starting on Monday, this is going to be additional pressure for Vijayan. Though till date there has not been even a small murmur against him, but for how long will this silence continue as the stock of both the CPI-M in general and Vijayan in particular is at its lowest. But in the light of the recent not-so-good developments, one can say that the going can get tough for Vijayan,” said the critic.