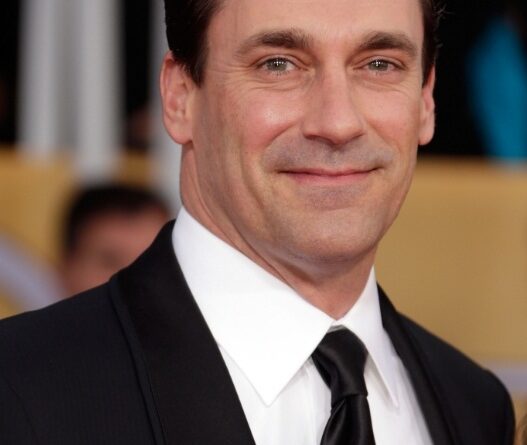 Starring as Cyclone in the long-awaited action sequel, the 51-year-old actor says it was a dream come true to be part of a movie with such a “profound history”, Hamm said.

During his appearance on ‘Smallzy’s Surgery’, he said: “To be able to work on a film like this that has such a profound history and to be able to work on it and work with Tom and (producer) Jerry Bruckheimer and everyone else that is involved with the making of this movie, was a bucket list dream come true kind of pinch-me moment, for sure.”

Unlike his co-stars, Hamm was glad he didn’t have to do any of the flying stunts. Glen Powell recently revealed he did “a lot of puking” while filming the flick.

The 33-year-old actor, who portrays pilot Jake ‘Hangman’ Seresin in the film, and his co-stars underwent three months of training ahead of shooting in order to grow accustomed to g-force, but only lead actor Tom Cruise managed to stay unaffected while up in the sky.

He said, “There was a lot of puke during filming. Before shooting, Tom sent us on three months of training to get used to the g-force. (But) even with training, nothing prepares you for the intensity of flying in an F-18. We were all flying once a day and Tom was up there three times every day.

“But it didn’t faze him at all. There we are, all being sick into bags, and he is taking everything in his stride. The guy is a machine.”

Tom, who reprised his role as Captain Pete ‘Maverick’ Mitchell in the movie, confirmed he had developed a training scheme for his co-stars to help them learn how to fly the Boeing F/A-18 Superhornet jets.

Paris Hilton on failed engagement: I deserve someone amazing

I don’t look back at the low phase of my life: Bobby Deol (IANS Interview) Kajal Aggarwal to tie the knot on October 30