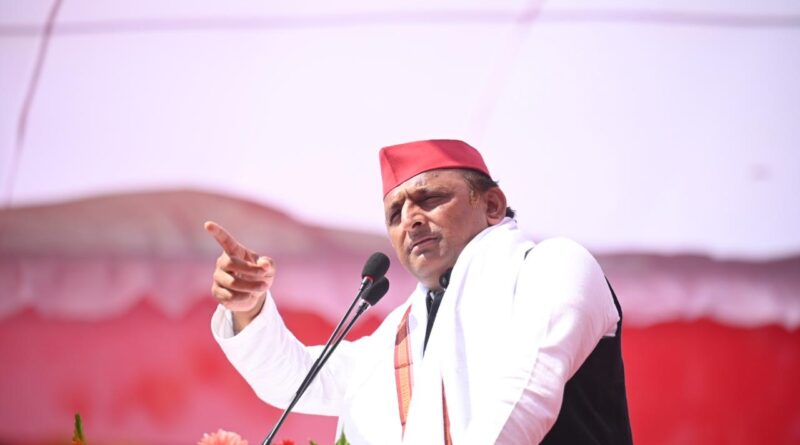 By Vivek Tripathi
Lucknow, May 29 In an attempt to forge alliances for the Lok Sabha elections in 2024, Samajwadi Party (SP) chief Akhilesh Yadav has backed veteran former Congress leader Kapil Sibal, RLD chief Jayant Chaudhary and the SP’s Javed Ali Khan for the Rajya Sabha polls. By nominating these three leaders, Akhilesh has tried to score many goals with one shot.

In fact, to placate Azam Khan who is angry with the SP these days, Kapil Sibal, who was his lawyer, was backed by the SP. On the other hand, Jayant Chaudhary has been given a message to follow the alliance ‘dharma’. The party has reposed faith in Sambhal’s Javed Ali Khan. Along with this, the party has also tried to woo Muslim voters amid the increasing distance from Azam.

If political analysts are to be believed, Akhilesh’s reason for supporting Kapil Sibal is that it will give the party a loud voice in the Rajya Sabha, while the internal differences in the party will also end. Along with this, due to his father Mulayam Singh Yadav’s health issues and the compulsion for his own active presence in Uttar Pradesh, Akhilesh needed an effective advocate for himself in the politics of Delhi, who would not only sit in important places but also have contacts and dialogue with the leaders of active and major parties of other states. Sibal fits the bill.

The SP is very upset with the rebellious attitude of Azam and Akhilesh’s uncle and SP leader Shivpal. In such a situation, it is believed that Kapil Sibal can play a big role in persuading Azam. The way the minority community unilaterally supported the SP in the assembly elections, it was believed that the SP would give a chance to a Muslim face in the Rajya Sabha elections. As expected, Javed Ali Khan was nominated by the SP.

The SP chief had got some advantage in the assembly polls by tying up with Jayant. Akhilesh is sending Jayant to the Rajya Sabha so that the alliance gets stronger in the Lok Sabha and in western UP.

In the assembly elections, the pair of Akhilesh and Jayant mounted a challenge in western Uttar Pradesh, which has become a stronghold of the BJP. Even though the BJP was once again successful in the sugarcane belt, which was affected by the farmers’ movement, it suffered a setback on many seats and sugarcane minister Suresh Rana lost the election. By making Jayant a candidate, a good message will be sent to the voters of RLD. Apart from this, the alliance partners will also gain strength. The SP had an alliance with the Congress in 2017 but it ended after their defeat. Similarly, the SP had an alliance with the BSP in the 2019 Lok Sabha polls but it broke down due to the poor showing. Because of this, the SP wants to keep its smaller parties intact.

Senior political analyst Rajiv Srivastava says that Kapil Sibal is a well-known lawyer and the SP has supported him for the Rajya Sabha to appease Azam Khan as the SP wants to secure Muslim votes in the name of Azam Khan.

There were reports that Muslims were unhappy after the assembly elections. There is not much time to the Lok Sabha elections. In such a situation, the SP wants to keep its Muslim votes intact. There was pressure from Azam Khan to support Kapil Sibal and that’s why he is being sent to the Rajya Sabha.

Efforts are also on to prepare a third front against the BJP for the Lok Sabha elections and so Akhilesh is meeting Chief Ministers KCR and Kejriwal. Jayant and Rajbhar were taken care of so that there is no setback in Uttar Pradesh. 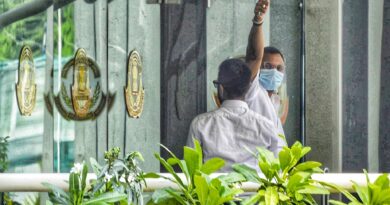