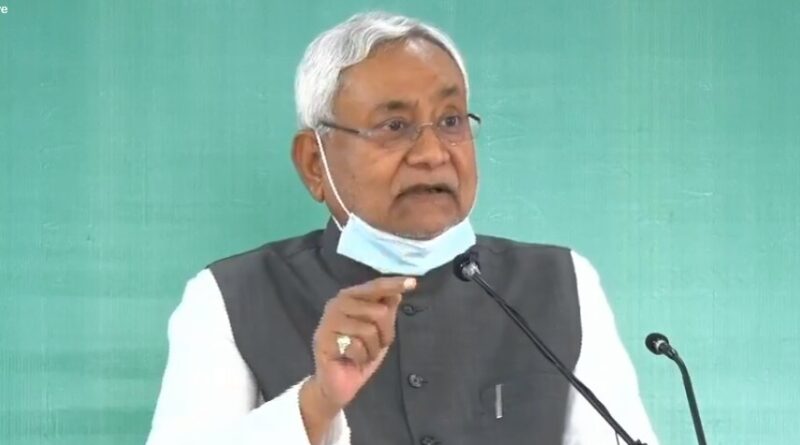 By Ajay Kumar
Patna, May 15 While bulldozer is emerging as a new tool of governance, especially in the BJP-ruled states, in Bihar, which is ruled by the JD-U with BJP as its key ally, the motorised machine that of late has earned a polarising reputation doesn’t seem to have much scope.

One of the key reasons behind this is the ideology of Chief Minister Nitish Kumar of the JD-U, which is different from that of the saffron party.

Largely due to Nitish Kumar’s approach, the leaders of other political parties are having an upper hand over the BJP when it comes to bulldozers making thier presence felt in Bihar.

The JD-U has a clear stand on this issue, and so does the other alliance partner, Hindustani Awam Morcha (HAM).

Besides, the opposition Rashtriya Janata Dal (RJD), Left parties and the Congress are directly targeting the BJP for opting for a questionable methodology to achieve political goals.

Mritunjay Tiwari, national spokesperson of RJD, told IANS: “Bulldozer means destruction of society. It is a political tool of the BJP to divert attention from the real issues. When we talk about real issues like rising prices of fuel and other essential commodities, growing unemployment etc., the BJP drives in the bulldozer and communalism to divide the society. But such a divisive ploy of the BJP is not relevant in Bihar as the opposition is very strong here.”

Danish Rizwan, spokesperson of HAM, also expressed similar views on this issue: “Bulldozer cannot construct any house. It is always used to demolish the houses of poor people, and those belonging to minority and marginalised communities. In the recent past, a political party has used it as a tool to achieve its political goals. I firmly believe that the bulldozer culture has no scope in Bihar under the Nitish Kumar government.”

“Bulldozer is being used as a political tool these days. We have an anti-encroachment law as per the Constitution of our country, but there is no law pertaining to bulldozers. Those who are using it as a political tool in other states can do whatever they want. But in Bihar, we go by the law,” Neeraj Kumar, JD-U MLC and chief spokesperson of the party, told IANS.

“Bihar has always taken the lead in several issues which other states later followed. Such as liquor prohibition act, Jan Jiwan Hariyali Yojana, women’s empowerment, initiatives taken by the government to encourage girls’ education etc. So, we are setting examples for the country which other states are endorsing. We are not the followers. The Bihar government under Nitish Kumar has an agenda to implement the Saat Nischay Programme (seven-point programme). We are not here to endorse the bulldozer culture,” Kumar said.

As the BJP is isolated on this issue in Bihar, the narrative of bulldozer culture has changed for its leaders.

“For the BJP, bulldozers always act against illegal structures of criminals. No one is above the law. If they violate the law, bulldozers will be used against them,” state BJP spokesperson Arvind Bhai told IANS.

“BJP never advocated using bulldozers against a particular caste or community. Suppose, an illegal structure is being constructed on Dak Banglow Chowk, why would it not be demolished? It should be demolished no matter who has constructed it. Illegal means illegal. Anyone who violates the law, he or she is liable to face action,” he added.