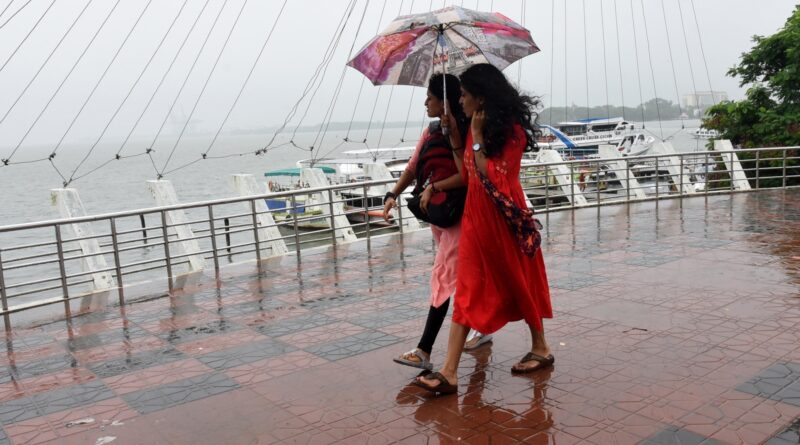 Thiruvananthapuram, May 15 Heavy rains continue to lash the state on Sunday also with the state government declaring an Orange alert for six districts.

The orange alert is for the districts of Kollam, Kottayam, Pathanamthitta, Alappuzha, Idukki and Ernakulam.

A yellow alert is issued for 11 districts of the state following rains.

The state revenue department has opened a 24-hour control room at Thiruvananthapuram.

Instructions have been given to fishermen not to venture into the sea following heavy rain and weather forecast of more rain in the coming days in the state. It is to be noted that the IMD has forecast heavy rainfall in Kerala till May 17.

Trained volunteers in disaster management have also been sounded to be ready.

Health department has also issued an advisory on the possibility of spreading rain-related diseases, including contagious diseases.

Meanwhile, three fishermen — Mohammed Haneefa, Mira Saheb, and Anwar — who was missing from Thiruvananthapuram have been spotted at Thengapattinam in Tamil Nadu. Relatives of the three fishermen, who went to sea on Friday, told the mediapersons that they are safe and in Thengapattinam.