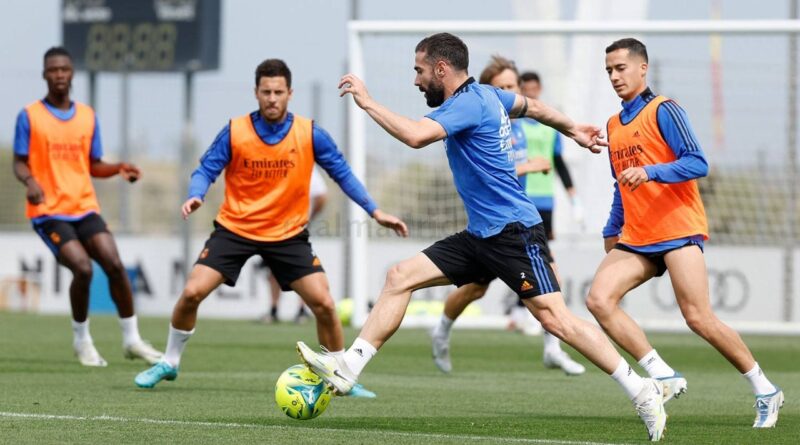 Madrid, May 15 The penultimate round of matches in La Liga has plenty to play both at the top and the bottom. Here are some things to look out for this weekend in Spain.

Real Madrid have nothing to play for in Sunday’s visit to Cadiz, but the home side has their survival at stake, while their rivals in the battle to avoid the drop will no doubt watch with interest the side Carlo Ancelotti fields for the game.

On Thursday, a Madrid side with Vinicius Jr and Karim Benzema won 6-0 at home to Levante to confirm Levante’s relegation to the second division. With Cadiz currently fourth from bottom, teams such as Alaves and Mallorca, who currently occupy the last relegation places, would no doubt like to see Madrid’s best strikers start on Sunday as well, but Ancelotti may be tempted to rest them ahead of the Champions League final and that could help Cadiz, Xinhua reports.

2. Levante still have a role to play

Although they became the first team to be relegated this season after their defeat in Madrid, Levante still have a role to play this season when they entertain second from bottom Alaves.

Alaves’ slim hopes of survival were kept intact by their 2-1 win over Espanyol in midweek and in Vitoria they are hoping for a miracle.

If Alaves can win away to Levante on Sunday and Cadiz don’t beat Real Madrid, then the last game of the season which sees Alaves play at home to Cadiz would decide which of the two goes down.

However, although they have been relegated, Levante have showed pride and spirit since young coach Alessio Lisci took over in mid-season, and they will want to go out on a high note in front of their fans and this game could be tenser than many expect.

3. Huge game in Villarreal with Europe at stake

Seventh place Villarreal entertain sixth Real Sociedad with a place in Europe at stake for next season. The visitors have assured a place in European competition, but whether they play in the Conference League or the Europa League will be decided on Sunday.

A win for Real Sociedad would take them into the more lucrative Europa League, but if Villarreal win, then who plays which competition next season will be determined on the last weekend.

A win or draw for Real Sociedad would also do their neighbors Athletic Club a favour. Athletic are four points behind Villarreal in eighth place, but if Villarreal fail to win on Sunday and Athletic beat Osasuna, then Villarreal would have to win away to Barcelona in the last weekend to assure their European place.

Two weeks ago La Liga announced that all of the matches in the penultimate weekend would kick off at 18:30 local time.

On Thursday they announced that the matches between Celta Vigo and Elche and Valencia and Espanyol (which have nothing to play for), would be brought forward to Saturday.

They then changed the kick off times for the remaining matches from 18:30 to 19:30, before on Friday saying the Celta versus Elche match would actually be played on Sunday after all.

All of these changes were within three or four days of the games being played, causing problems for TV rights holders, who have to schedule broadcasts and of course for fans who have had to change plans at short notice.

Next weekend’s matches are all scheduled to be played at 18:30 on Sunday as well, but everyone knows that isn’t going to happen and so it is impossible to plan ahead.

If they want to call themselves “the best league in the world, La Liga,” they quite simply have to do better.

India opt to bowl against Sri Lanka in 3rd ODI