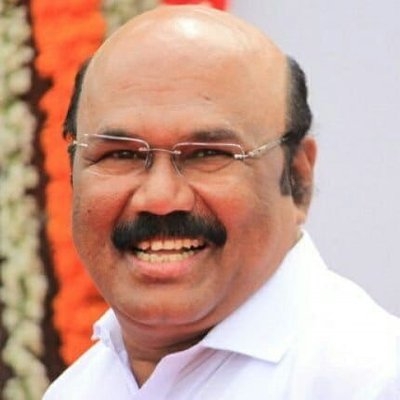 Chennai, May 15 AIADMK leader and former Tamil Nadu Minister D. Jayakumar’s daughter, Jayapriya is on the run after being charged in a case related to the death of a Class 11 student.

The student was killed in a lift crash at a marriage hall owned by Jayapriya. She was charged with culpable homicide not amounting to murder. Police said that the culprit would be apprehended soon.

The tragedy occurred on Friday at the marriage hall in Gummidipoondi in Tiruvallur district when the lift in the three-storey building crashed killing the girl, Sheethal, who had reached the hall to attend a marriage function.

The hall supervisor, D.Thirunavakarasu, lift operations in-charge S. Kakkan from Pulianthope and manager B.Venkitesan have been arrested in the case while Jayapriya is absconding.

The lift’s carrying capacity is 300 kg and on Friday, Sheethal and three others boarded the lift to reach the second floor of the marriage hall. The lift snapped in between leading to grievous head injuries to the girl who died immediately. Two others Vignesh and Jayaraman are undergoing treatment at the hospital.

It is to be noted that D. Jayakumar was a powerful minister in the AIADMK government of late J. Jayalalithaa as well as in O. Panneerselvam cabinet and later in the K. Palaniswami cabinet.

Man throws off 2 children from 4th floor in Kolkata, 1 dies