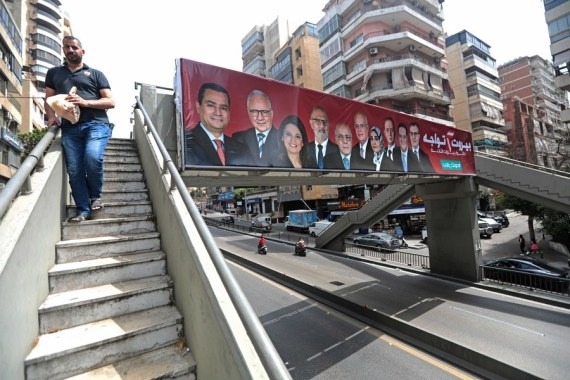 Beirut, May 15 Authorities in Lebanon have distributed thousands of ballot boxes all over the country for Sunday’s much-awaited parliamentary elections.

Thousands of soldiers have deployed near the polling stations to ensure a smooth electoral process and maintain peace and security during the elections, reports Xinhua news agency.

“The security situation is under control, and a tight security plan has been developed to guarantee the protection of centres and the integrity of the electoral process,” Minister of Interior and Municipalities Bassam Mawlawi said late Saturday night.

A total of 718 candidates, including 118 females, are running for the 128-seat Lebanese Parliament.

Ahead of Sunday’s polls, the first round of voting for the Lebanese expats took place on May 6 in nine Arab countries and Iran, and the second phase began on May 8 in 49 countries across Asia, Africa and Europe.

Lebanon’s sectarian power-sharing system allocates seats for its mosaic of religious sects in its Parliament, including Sunni and Shia Muslims, various Christian denominations, and the Druze.

The president must always be a Maronite Christian, the Prime Minister a Sunni and the Speaker of Parliament a Shia.

The elections come amid an unprecedented economic crisis that emerged about three years ago, leading to the currency to lose more than 90 per cent of its value since 2019, while also plunging over 70 per cent of the population into poverty.

Pak denies reports of US aircraft entering its territory