By Hamza Ameer
Islamabad, April 12 After days of chaotic political crisis, democratic instability and constitutional warfare, Pakistans shaky political ship seems to have come out of the storm and is showing a picture that is in line with the democratic political setup.

The recent days have been historical as Imran Khan’s designation changed from being a sitting PM of Pakistan to a former PM, forced to succumb to the majority opposition against him, adamant to remove him from power through a first successful no-confidence vote in the country’s decades long history.

Imran Khan claims that his government was ousted through an international conspiracy, and the opposition parties had sold their souls, integrity, dignity and country’s sovereignty, only to take him off power.

Khan slammed the United States, the western countries and his opposition parties for conspiring against him only because he was desirous of not being a slave to the western powers and wanted to form an independent foreign policy for Pakistan.

While Khan decided to take the narrative to the masses, Shehbaz Sharif was sworn-in as Pakistan’s new Prime Minister. He was the sole candidate for the post after Khan’s loyalist Shah Mahmood Qureshi withdrew and resigned his seat.

Sharif’s approach was visible in his first address to the parliament as he focused on domestic financial crisis of the country, for which he blamed Khan’s government.

Sharif announced immediate raise of minimum wage of Rs 25,000 and also promised to raise pensions by at least 10 per cent for those getting under Rs 1,00,000 in pensions.

Sharif also announced to hold an in-camera session of the parliament on national security, to discuss and get briefed about the ‘threat’ letter, the cable that started Khan’s claim of having foreign hands behind the opposition parties’ no-confidence motion against him.

Sharif said he would call in Ambassador Asad Majeed, the then Pakistani Ambassador to Washington, to brief the in-camera session with parliamentarians and the armed forces about the reality of the diplomatic cable.

He also vouched to resign from premiership if evidence of his or his ally opposition parties are found in the threat letter, a claim Khan made as an international conspiracy against his government for a regime change and accused all of his opposition as traitors of the country.

Sharif’s approach towards relations with foreign countries also highlighted the urgent need of a damage control policy, as he expressed his desire to have better relations with the US, European Union, Saudi Arabia, the UAE, Iran and India.

Sharif said that Pakistan desires better relations with India, stressing that a solution is still needed to be found for Jammu and Kashmir.

He also highlighted the importance of upholding the sovereignty and status of institutions, including the judiciary and the military establishment, insisting that institutional harmony is the need of the hour for Pakistan’s stability.

The approach Sharif took seemed to hit the right buttons as he centred the country’s goal on becoming financially independent in order to find mutual ground of interest and better relations with the world. 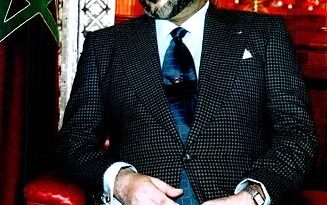