By Rohit Vaid
New Delhi, March 13 The rise in the cost of commodities led by the Russia-Ukraine war is expected to trigger an inflationary trend in India. The blow is expected to push up prices of everything from food items to manufactured goods.

Till now, the crisis has led to a global spike in international prices of crude oil, natural gas, coal, nickel, copper, aluminium, titanium and palladium.

Moreover, India is a major importer of these precious as well as industrial commodities. Furthermore, high prices of Potash and natural gas will drive up fertiliser cost.

Similarly, expensive coal and nickel will push up steel as well as cement prices. But, the main concern for India is the impact high crude cost will have on domestic prices of petrol and diesel.

India imports 85 per cent of its crude oil needs, and estimates range from Rs 15 to Rs 25 per litre rise in prices of transportation fuels. However, an excise duty cut may lessen the impact on prices of petrol and diesel to an extent, but not entirely.

“Not accounting for a full pass through oil prices to retail pump prices, retail inflation in FY23 could be 120 basis points higher than that of the RBI’s modest estimate of 4.5 per cent.”

According to Suman Chowdhury, Chief Analytical Officer, Acuite Ratings & Research: “There is a significant likelihood of CPI averaging 6 per cent in FY23 if crude oil prices remain above $100 per barrel over an extended period.”

(Rohit Vaid can be contacted at rohit.v@ians.in) 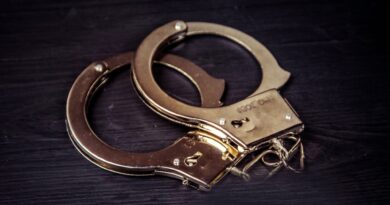