By Rohit Vaid
New Delhi, March 9 Common man’s pocket might be pinched further as electricity bills are expected to become the next casualty of the ongoing Russia-Ukraine war.

The crisis has pushed up coal price, which is a key raw material used by the thermal power units dotted around the country.

At present, many of India’s ultra-critical thermal power plants depend on imported coal.

Global coal prices have risen sharply following the surge in oil and gas prices over the last two weeks as the conflict in Ukraine intensified.

Besides, the shipping, logistics and insurance costs for coal shipments have also climbed up due to the geo-political risks.

In the domestic market, coal prices have reached Rs 10,000 per tonne.

Estimates show that an increase in coal prices by $10 per tonne surges power cost by around 32 paise per unit.

“The cost of imported coal for Indian power plants has become virtually unviable given that many of these plants have a competitive bid fixed tariff structure. For plants with a pass through structure, the variable tariff is usually reset on an annual basis and will depend on the procurement costs from CIL sources, not directly linked with global coal prices,” said Suman Chowdhury, Chief Analytical Officer, Acuite Ratings & Research.

“However, plants that run on imported coal and where power is being sold on merchant basis, the tariffs may go up further. The ability of the financially constrained state distribution companies to buy such costly power, however, needs to be seen,” Chowdhury added.

According to Nitin Bansal, Associate Director, India Ratings and Research: “Rising coal prices would definitely impact the power prices given the fuel cost needs to be recovered from discoms which ultimately recovers it from the end consumers.

“Given the expected rise in demand with the onset of summer, the improvement in domestic coal supply remains a key sensitivity for spot power tariffs.”

(Rohit Vaid can be contacted at rohit.v@ians.in) 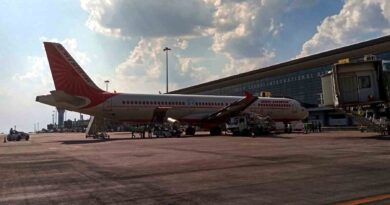