By Sanjeev Sharma
New Delhi, Feb 24 Many investors may move a part of their financial savings into gold since there is a risk of an underperformance of the equity markets in such a tense geo political scenario.

Suman Chowdhury, Chief Analytical Officer, Acuite Ratings & Research, said international gold prices have remained mostly above $1,750 for most of the months in the last one year but despite that gold imports by India have remained high.

Gold imports have actually risen sharply to $40.5 bn in the April-January of FY22 which is the highest ever for the country in the past comparable periods.

With pent up demand picking up due to higher weddings and unlocking of the economy along with the typical investment demand for gold during a crisis period, we believe that gold consumption will continue to remain robust in India. Many investors may move a part of their financial savings into gold since there is a risk of an underperformance of the equity markets in such a tense geo political scenario, Chowdhury said.

As the global economy witnesses a drop in headwinds from the Covid pandemic, new geo political risks emerge from the Russia-Ukraine conflict and if turns out to be a prolonged affair, crude oil prices are likely to stay above $100 over the near term.

Clearly, this will have an impact on the domestic inflationary scenario where there are already significant undercurrents due to increasing pass through of higher commodity prices with improving demand in manufactured products and even services.

While the Government can partly alleviate the pressures through a further cut in excise duties of retail fuels, input costs are set to increase further for sectors such as paints, chemicals, plastic products, transport and aviation in the near term.

While we have forecast the headline inflation at 5 per cent for FY23, there are significant upside risks if crude continues to remain above $100 for 1-2 quarters. Apart from a potential impact on monetary policy and interest rates, it is also likely to have an adverse impact on the rupee through higher trade deficit and higher capital outflows, Chowdhury said.

Navneet Damani, Sr Vice President – Commodity & Currency Research, Motilal Oswal Financial Services said, in the last couple of sessions tensions between Russia and Ukraine have flared up and are creating havoc in most of the asset classes. Today, gold and silver prices rose by an average 3 per cent, crude rose by over 8 per cent and most currencies were down in the red against the US dollar.

If the current situation further escalates, investors will cling on to safe haven asset or sit on cash i.e. Dollar. Along, with geo-political tensions, rising inflationary concerns have also been supporting precious metal prices on lower levels, hence supporting our view of buying on dips, Damani said.

Since the start of this year, along with a strong fundamental story we are also seeing an inflow in the overall Gold ETF further supporting the market sentiment, Damani said.

(Sanjeev Sharma can be reached at sanjeev.s@ians.in) 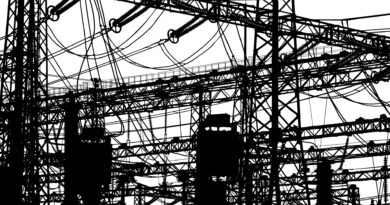