By IANSlife
New Delhi, Dec 27 (IANSlife) Tao Art Gallery, Mumbai, has announced a solo exhibition by Viraj Khanna, titled “What My Mother Didn’t Teach Me… & Some Things She Did!” From the 13th to the 16th of January 2022, the show will be on display as part of the Mumbai Gallery Weekend. The exhibition will be up until February 10th, 2022.

Viraj Khanna builds up the tale utilising varied elements from various periodicals, encyclopaedias, and other books to give it a structure, with the fundamental base being a paper collage. Different trees, sections of people’s bodies, and various accessories/shapes could all be used as pictorial elements.

“When I initially met with Viraj’s work, I was immediately taken in by how evocative each piece was,” Sanjana Shah, Independent Curator and Creative Director – Tao Art Gallery, remarked of the upcoming show. The shapes, forms, and colours stood out sharply at first, but eventually melded together in a stunningly beautiful way. The mediums and procedures he experiments with demonstrate the level of experimentation that characterises the various thematic layers he is experimenting with.

In addition, we are ecstatic to announce the debut of the Gallery’s first-ever NFT presentation, which will feature Viraj Khanna’s work during Mumbai Gallery Weekend 2022. Viraj will release three NFTs particularly for this solo exhibition, in addition to the real canvas and sculptural works.”

The mash-up resulted in a painting that is both a journey for the artist and a journey for the artwork! It’s fluid and organic, removing any constraints from the creative process. Khanna’s experiments with numerous materials and techniques demonstrate the level of experimentation that is representative of the various thematic layers he dabbles with.

Viraj Khanna said: “My sculptures and paintings with their exaggerated features and multiple faces depict this behavioural adaptation due to the influences of society.” There is a constant battle between our raw, natural, and conditioned forms. Eventually, the artwork reflects my life and its influences because I have to consciously decide what works in the experiment and what does not. It has to agree with my sense of balance, colour, and taste. “

Speaking of the NFT, he adds: “They say that in a few years, we could see digital recreations of ourselves in the metaverse living there just like in the real world. So, the NFTs available now could be significant collectables or assets owned by people in the metaverse!”

Audiences will witness a magnificent deconstruction and reconstruction of identities and beliefs in What My Mother Didn’t Teach Me… and Some Things She Did!

(IANSlife can be contacted at ianslife@ians.in) 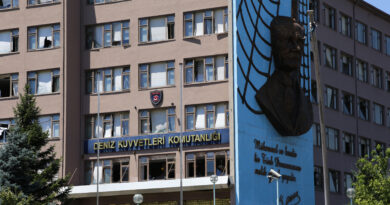 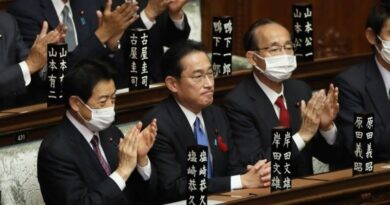