By Quaid Najmi
Mumbai, Oct 10 In a bizarre development, public sector lender, Union Bank of India had mandated a section of its staffers compulsorily adhere to a special ‘Navratri’ dress code or be ready to cough out fines.

The detailed order came vide a colourful circular issued on October 1 by the Digitisation Department, at the Central Office in Mumbai, signed by General Manager, A. R. Raghavendra.

Following an uproar on social media, the UBI management has reportedly yanked off the circular, it emerged late on Sunday night.

In the multi-coloured order, Raghavendra had asked all staff and on-site vendor partners to follow a daily colour dress code for the festival – from October 7, yellow, green, grey, orange, white, red, royal blue, pink, and purple for the last day – October 15.

To ensure compliance, he warned of a Rs 200 fine each for not adhering to the colour code plus a daily group photos of all staffers!

On October 14, there will be a ‘Chaat Party’ and staffers have been advised not to carry their lunch boxes, besides indoor games for staff and executives, post-lunch from 3 p.m. onwards.

“We request you all to make yourself available and not to keep any meeting,” Raghavendra said, signing off with a ‘request’ to all to follow the day-wise colour code scheme and make the celebration a grand success.

The All India Union Bank Employees Federation (AIUBEF) has not taken kindly to the diktat and shot off a letter to the UBI Managing Director and CEO Rajkiran Rai G., demanding stringent action against the GM.

Eminent litterateur and Madurai CPI-M MP, S. Venkatesan, has dashed off a letter to the UBI, terming Raghavendra’s circular as “highly atrocious”.

“It would damage not only image of the state-run bank and also is an infringement of human rights and secular values of this great country,” Venkatesan said, demanding withdrawal of the circular and action against the erring official.

Taking umbrage, AIUBEF General Secretary Jagannath Chakraborty has said that issuing official instructions for celebrating a religious festival in office, fixing a dress code, and imposition of penalty are not routine matters and would have required the permission from the top management.

“This has never happened in the 100 years’ history of the Bank. He should immediately withdraw the circular,” the AIUBEF leader said.

“We believe he did not obtain the permission… However, whether he was granted permission or not, we hereby lodge a strong protest against such wishful & dictatorial action of Raghavendra,” Chakraborty said.

He pointed out that a religious festival like Navratri should be observed and celebrated privately and “not officially in a PSB that maintains a high esteem towards the secular fabric of our society”.

“Celebration of any festival is a voluntary phenomenon that has no room for any instruction/coercion far to speak of imposition of penalty. The GM should know that for exercising a power, one should possess the power first,” added Chakraborty.

The AIUBEF asked the MD under what rule the GM derived the power to impose penalties for not adhering to the nine-colour dress code, even on holidays!

“We demand for fixing of accountability upon him and also for appropriate action for using Bank’s logo, platform, etc. to accomplish his personal desire by abusing official power,” said Chakraborty.

Bankers said they do not recall “such a thing ever” as dress codes, photo-sessions, parties and indoor games in the office, in the entire banking industry and said the UBI must immediately act against the officer concerned to convey the correct message to the national banks fraternity.

(Quaid Najmi can be contacted at q.najmi@ians.in) 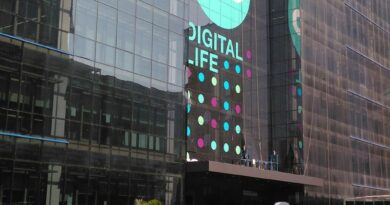 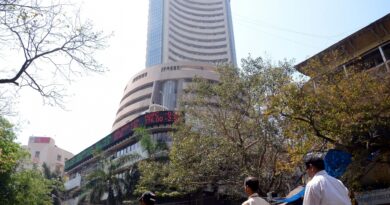 Indices extend gains from previous week, Sensex up over 800 pts