Seoul, Oct 11 South Korea’s Gyeonggi Province Governor Lee Jae-myung has been nominated as the presidential candidate for the ruling Democratic Party to run in the March 2022 elections.

In the party’s presidential primary that began on September 4, Lee has won 50.29 per cent of all votes cast by both party members and ordinary citizens, reports Xinhua news agency.

It was followed by former Prime Minister Lee Nak-yon with 39.14 per cent, former Justice Minister Choo Mi-ae with 9.01 per cent and two-term lawmaker Park Yong-jin with 1.55 per cent.

Lee pledged a powerful reform of the real estate market, saying in his acceptance speech that he will rid the country of the stigma of “a republic of unearned real estate income” through his reform.

The 56-year-old said the upcoming presidential election, scheduled for March 9 next year, will be an ultimate battle against the corrupt establishment, noting that people need to decide whether to go back to the dark past or start off as a new country of hope.

Seeing the present time as a grand transformation era, Lee said he will push for a powerful state-dominated economic renaissance, eliminate unfairness and irrationality in every corner of the country, and root out unearned income.

In the presidential vote, Lee is expected to be pitted against either former Prosecutor-General Yoon Seok-youl or five-term lawmaker Hong Joon-pyo, the leading candidates in the main opposition People Power Party’s (PPP) presidential primary, according to Yonhap News Agency.

According to a joint survey by four pollsters published last week, Lee had 26 per cent of support.

Following him were PPP candidates Yoon and Hong with 17 per cent and 15 per cent, respectively.

In a hypothetical two-way race between Lee and Yoon, Lee had 44 per cent of support against Yoon’s 33 per cent. 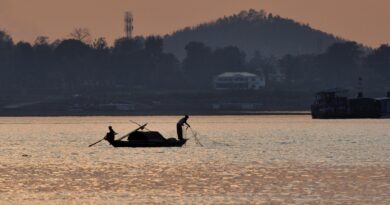 Canada’s unemployment rate down to 6.9% in Sept