By Susitha Fernando
Colombo, Oct 11 The Sri Lanka government has said that the decision to hold much delayed Provincial Council (PC) elections, which were introduced as a part of 1987 Indo-Lanka Peace Accord, was not due to Indian pressure

“Whether the Foreign Secretary visited or not was not a matter but the government always holding discussions with India,” Rambukwella said.

“It was on the initiative of India that the 13th Amendment to the Constitution was introduced. As a principle, India is in of the view that we maintain it. This is a common demand that India make whenever we visit India or someone from India visits us.”

During his visit from October 2 to 5, Shringla, who met President Gotabaya Rajapaksa, reiterated India’s position on complete implementation of the provisions under the 13th Amendment to the Constitution, including devolution of powers and the holding of the PC elections at the earliest.

The 13th Amendment to the Sri Lanka Constitution was introduced subsequent to India-Sri Lanka Accord signed between then Prime Minister Rajiv Gandhi and President J.R. Jayawardene on July 29, 1987.

A power-sharing arrangement as a solution to the ethnic tension between the majority Sinhalese in the South and minority Tamils in the North and the East, the amendment created PCs dividing the country to nine provinces.

However all PCs remain defunct for years without polls being conducted due to a legal deadlock.

Meanwhile Tamil National Alliance (TNA), a political party representing majority Tamils, told IANS that the Indian Foreign Secretary who met the party representatives was of the view that the PC polls must be held early.

TNA MP M.A. Sumanthiran said during a meeting with his party, Shringla expressed the need to hold the PC elections soon.

“The Foreign Secretary also stressed the need to implement the 13th Amendment in full as a first step,” Sumanthiran said.

However there are a number of MPs and coalition parties within the government who oppose the 13th Amendment and also the PC system. 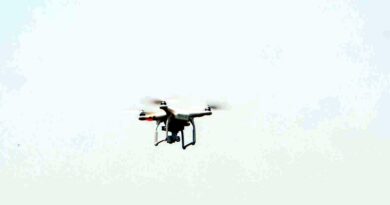 Israeli drone crashes in Lebanon due to ‘malfunction’

How feasible is a EU Army?