Canberra, Oct 11 Nearly a dozen Australian groups have urged the government to donate millions of Covid-19 vaccine doses to help inoculate other countries against the deadly virus.

In a report published on Monday, a coalition of 11 health, business and society groups called on Australia to become a vaccine factory for the region, Xinhua news agency reported.

It said the government should donate another 20 million vaccines through the COVAX Facility, an international initiative co-led by the World Health Organization and partners to ensure equitable global access to Covid-19 vaccines, to help low income countries fight the pandemic and spend 250 million Australian dollars ($182.6 million) on the initiative.

The report identified 19 low income countries that it said at the current rate will not fully vaccinate 70 per cent of their adult populations until after 2030.

“The emergence of the Delta variant shows that Australia can not close its eyes to the impacts of the pandemic in other parts of the world,” it said, according to the Guardian Australia.

“First, because that is morally wrong. But also because, sooner or later, the consequences will be felt here. That is why we must play a leading role in aggressively responding to this pandemic on a global scale.”

The report also said that while third shots for the elderly and vulnerable in rich countries may be a part of an effective vaccination program, valuable manufacturing capacity should not be prioritised for population wide booster vaccinations while much of the world remains off track to meet the 2022 goal. 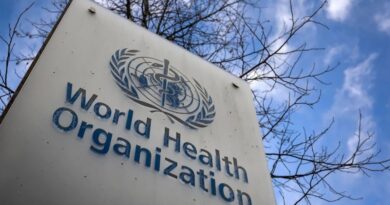 WHO chief censored in China after questioning zero-Covid policy