Jaipur, Oct 11 The Enforcement Directorate summoned Rajasthan Chief Minister Ashok Gehlot’s brother Agrasen Gehlot for questioning on Monday in a case of illegal export of fertilisers. Agrasen is required to appear before the officials in Delhi office.

Sources confirmed that Agrasen will visit the ED headquarters along with his lawyers.

He was also questioned by the officials last month after his name unearthed in the alleged irregularities in fertiliser export. Agrasen later approached the court seeking relief from the probe agency’s action.

Last year, the ED had raided several locations connected with Agrasen in connection with the alleged fertilizer scam. The house and other establishments of Agrasen were raided on July 22, 2020 under money laundering charges. The ED had summoned him even then, but Agrasen did not appear for questioning then.

Last week, the Jodhpur Bench of the Rajasthan High Courtstayed the arrest of Agrasen Gehlot. Giving him interim relief, the court had agreed that Agrasen would cooperate with the ED in the investigation.

The Congress has been lashing out at the Centre alleging that the Bharatiya Janata Party-led Central government is deliberately targeting those who are close to the Rajasthan Chief Minister.

It is alleged that the company owned by Agrasen was exporting Muriate of Potash (MOP) fertiliser, which is banned for export. The MOP is imported by the Indian Potash Limited (IPL) and then distributed among the farmers at subsidised rates.

It is alleged that Agrasen was an authorised dealer of the IPL and between 2007-09, his company bought the MOP at subsidised rates and sold it to some other companies instead of distributing it to the farmers. They exported it as an industrial salt to Malaysia and Singapore. 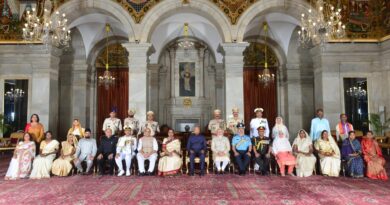