Moradabad (Uttar Pradesh), Oct 11 A video showing a BJP youth-wing district president, Abhishek Chaubey, and his men allegedly barging into a local police station in Moradabad and misbehaving with the policemen on duty has gone viral on social media.

The BJP leader and his supporters have been booked for rioting.

In the video, the men are heard threatening the station house officer (SHO) saying, “We will now show you exactly how disturbance is caused if the names are not removed from the FIR.”

The men are also seen throwing away papers inside the police station.

According to reports, the district president and his supporters were earlier booked under section 107/16 of IPC for ‘causing disturbance’ at a Durga Puja event.

According to the police, Chaubey and his supporters were booked for creating disturbance after they allegedly had a dispute for organising a Durga Puja event at a location under the Majhola police station on Saturday. The police had booked people from both sides after the incident.

Chaubey, however, along with his aides, barged into the police station and allegedly misbehaved with the policemen inside. He and his men also threatened the Majhola SHO, Jeet Singh, demanding he immediately withdraw their names from the FIR.

The police personnel, present at the place, filmed the incident which later went viral on social networking sites.

Taking cognizance of the viral video and a complaint filed by the SHO, a case has been registered against all the accused men.

Moradabad Superintendent of Police, Amit Anand, said, “An FIR has been registered against 41 people — six named and 35 unidentified — under IPC sections 147 (punishment for rioting), 188 (disobedience to order duly promulgated by public servant), 332 (voluntarily causing hurt to deter public servant from his duty), among others. Further legal action is underway.” 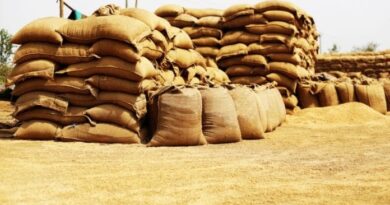 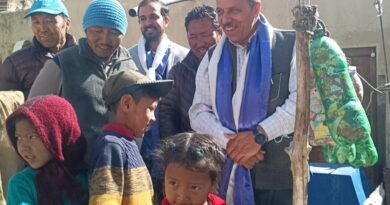