Moscow, Oct 11 A total of 64 people were poisoned by surrogate alcohol in Russia’s Orenburg region, of which 32 have died, local media reported.

According to the TASS News Agency report on Sunday, 25 people are currently hospitalised and seven others are receiving outpatient treatment.

Methanol was found in the blood of the poisoned persons and in some cases its concentration was three to five times higher than the lethal dose, Xinhua news agency quoted the TASS report as saying.

So far 10 suspects have been detained for selling fake alcoholic beverages.

Local police found a warehouse and a production facility in Orenburg’s Orsk city, where 1,279 bottles of surrogate alcohol were seized.

About 800 bottles of illegal alcohol were seized in 11 districts of the Orenburg region during two days of mass checks.

The problem of counterfeit alcohol poisoning has long plagued the country, despite the Kremlin’s campaign against surrogate alcohol.

In December 2016, over 70 people were killed in Russia’s Irkutsk after drinking fake alcoholic beverages. 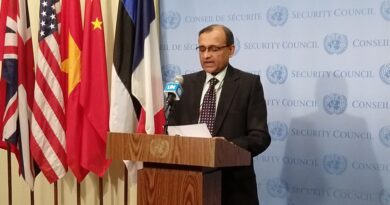