Los Angeles, Oct 11 An earthquake with a magnitude of 6.2 jolted south of the Hawaii Island at 2148 GMT at a depth of around 35 km, the US Geological Survey said.

The quake occurred at about 17 miles (about 27 km) south-southeast of Naalehu on Sunday, which is located in the southernmost tip of the Hawaii Island, the largest and most volcanically active island in the Hawaiian chain, according to data released by the agency.

“Based on all available data from the Pacific Tsunami Warning Center, there is no tsunami threat to the Hawaiian Islands,” said the Hawaii Emergency Management Agency in a press release following the earthquake, adding that local authorities are monitoring the situation and to assess any damages that may have occurred.

Local news outlets reported that residents across the Hawaii Island and as far away as Kauai and Oahu felt the quake. There are no immediate reports of major damage or injuries yet. 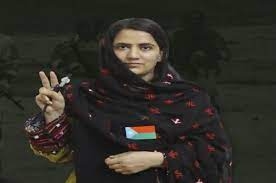 Election campaign kicks off in Philippines amid pandemic

3.5mn doses of Covid vax administered in Afghanistan since Aug’21