Lucknow, Oct 11 The Lucknow police have registered a case of abetment to suicide against four persons, including the present and former managers of the government-run hotel, following the suicide of two of its employees.

While the reason for the waiter’s suicide could not be ascertained, Pathak had left handwritten notes addressed to the principal secretary, home, and Lucknow police commissioner, claiming he was being trapped in a conspiracy by his colleagues, which could have landed him in jail.

“Garg and his associates were willing to handover the government venture to some private player, but Pathak was vehemently against it. Garg and others then started using pressure tactics on Pathak,” she alleged.

It is alleged that Garg was demanding Rs 1 lakh as extortion from Pathak and had threatened to frame him in some cases if he failed to comply.

Pathak was under extreme mental pressure for the last few days. He was observing Navratri fasts and had not eaten anything for three days. She alleged that former manager Ratindra Pandey in connivance with Akshay Nagar and Neeraj Pahuja had stopped his increments and threatened to frame him in some cases.

“When I was leaving for school on Saturday, Pathak was weeping and said Garg and others had framed him in a case of suicide after a waiter ended his life at his house in Para. He told us that he cannot face the society as he was an honest and self-respecting person. Around 2 p.m., he shot himself dead at the house,” the deceased’s wife said.

Police registered a case under abetment to suicide, extortion by putting a person in fear of death and threatening against the four accused.

Two die at Jayalalithaa’s rally due to heat 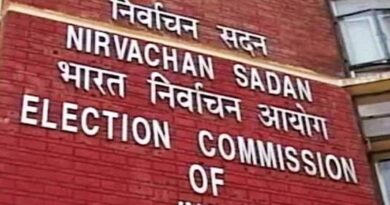