Aarhus (Denmark), Oct 10 The Indian women’s badminton team registered a 3-2 win over Spain in Group B of the 2020 Uber Cup Finals, here on Sunday. Though Spain were without former World No 1 Carolna Marin, the Indians will take the 3-2 win as amorable booster as it was their first match of the event.

London 2012 Olymoics bronze-medallist Saina Nehwal played the first match for India and she conceded it after retiring hurt with an unknown injury against Spa’n’s Clara Azurmendi. The Indian had lost the first game 20-22 at that point and it’s not clear if she will be fit enough to play the next tie.

With Saina conceding the first match, it could have been a nervous outing for I’dia’s youngsters to follow, but they stepped up in fine fashion.

The 20-year-old Malvika Bansod got India level at 1-1 with a swift 21-13, 21-15 win over Beatriz Corrales. The young pair of Tanisha Crasto/Rutuparna Panda then helped India take a 2-1 lead after a dominating 21-10, 21-8 win over Paula Lopez and Lorena Usle.

However, the pair of Ashwini Ponnappa/N Sikki Reddy lost the final match of the tie 18-21, 21-14, 17-21 to Clara Azurmendi/Beatriz Corrales.

The Indian women will next play Scotland in Group B on Tuesday.

‘he Indian men’s team will take on the Netherlands later tonight in their first Group C match of the 2020 Thomas Cup.

Barcelona to play Chapecoense in August 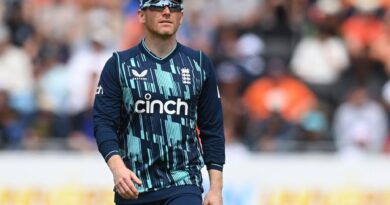 Meghalaya Baby League set to kick off on Saturday