New Delhi, Oct 10 Officials of the Islamic Emirate of Afghanistan said that they transferred nearly $18 million from the central bank of Afghanistan – Da Afghanistan Bank- to the Ministry of Finance on Sunday, Khaama Press reported.

Da Afghanistan Bank, in a statement, said that the cash was seized from officials of the previous government in Kabul, Panjshir, Khost, and Logar provinces.

In the meantime, the statement adds that a relatively large amount of gold has also been seized that is now kept in the central bank.

Earlier, the Taliban confirmed confiscating more than $6.5 million and 18 gold bricks from the house of former Vice President Amrullah Saleh and handed them over to the Da Afghanistan Bank, Pajhwok News reported.

Recently, Mullah Shahabuddin Delawar, a Taliban member, told TOLOnews that they had found one million dollars each in two different places of the Presidential Palace.

A video went viral on social media, in which a person says: “This is the house of Amrullah Saleh when we came here, we found $105,000 and we handed them over to the governor.”

The man said: “Today we found $6.2 million and nearly 18 gold bricks and we will hand them over to our leaders.”

The location of Saleh’s house was not specified in the video clip, but it shows it is in Panjshir province.

The Taliban launched attacks on the province about two weeks ago and gained control of the province on September 6.

Zardari to be indicted in Park Lane case on Oct 5 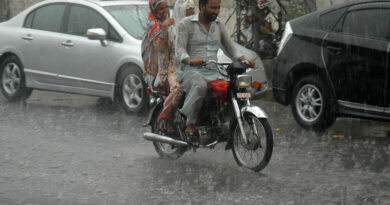 25 killed in rain-related accidents in Balochistan