New Delhi, Oct 10 Hundreds of male and female doctors from Afghan provinces of Samangan and Nuristan provinces gathered at the gate of UN Assistance Mission in Afghanistan (UNAMA) in Kabul and asked the World Bank to pay their salaries for the past 14 months, Khaama Press reported.

The protestors said that not only their salaries have been paid but the clinics in their respective provinces are confronting a dire shortage of medicines.

Protestors accused an Afghan contractor of World Bank – Asad Fayaz – who has fled Afghanistan and has taken money from World Bank but doctors have not been paid.

They said that Fayaz had a two-year health contract in the provinces and was providing health services, medicines, and salaries of doctors.

“Asad Fayaz has fled Afghanistan and stole our money. He was leading a corrupt firm and that caused an increase in the mortality of children and mothers in Samangan and Nuristan provinces,” said a protestor, the report said.

The doctors, in a statement, said that since the Islamic Emirate of Afghanistan has no relations with the World Bank and cannot ask for money, the bank should directly pay their money through Afghanistan’s Health Ministry or other NGOs.

In the meantime, the doctors warned of continuation of protests in case their salaries are not paid.

S.Korea on alert for possible COVID-19 spread by club goers 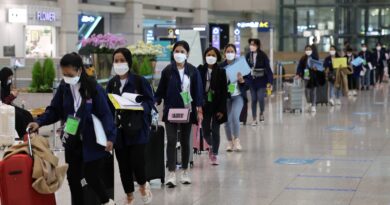