Hyderabad, Oct 20: Leading stars of the Telugu film industry, popularly known as Tollywood, have come forward to announce their contributions for relief works in Hyderabad and other flood-hit parts of Telangana.

Top actors took to Twitter on Tuesday to announce their contributions to the Chief Minister’s Relief Fund.

“The unprecedented rains in Hyderabad have caused massive devastation, loss of lives and extreme hardship to thousands. My heart goes out to those affected by nature’s fury. I’m humbly donating Rs 1 cr to CM Relief Fund,” tweeted Chiranjeevi.

He also appealed to all who can to come forward and help the needy.

“Contributing Rs 1 crore towards the CM relief fund of Telangana. I urge all of you to come forward and donate towards the cause. Let’s stand by our people during these difficult times,” he tweeted.

“Heavy rains and floods have devastated the lives of people in Hyderabad. Appreciate the efforts of Telangana Govt in releasing Rs 550 crore for immediate relief. Standing by the cause, will contribute Rs 50 lakh to Telangana CM relief fund,” he tweeted.

Another leading actor Junior NTR also announced a donation of Rs 50 lakh. “Many lives in Hyderabad have been devastated by the rains and floods. I am contributing Rs 50 lakh to the Telangana CM Relief Fund towards the rehabilitation of our city. Let us all chip in and rebuild our Hyderabad.”

“It has been a hard year for all of us, but those of us who are doing decently well, let’s pool in some money to help those who are not – Let’s do it one more time for our own. Today I am donating Rs 10 lakh to the CMRF,” he added.

Minister for municipal administration and urban development, K.T. Rama Rao, thanked all the actors for their contributions.

Chief Minister K. Chandrasekhar Rao has appealed to the industrialists, traders, business establishments and others to come forward to extend their help to people who suffered due to the heavy rains and floods. He urged them to donate generously to the Chief Minister’s Relief Fund.

Heavy rains and floods since October 13 in Telangana have claimed 70 lives, including 33 in Greater Hyderabad, and caused losses of over Rs 5,000 crore.

Vicky Kaushal looks through binocular for his ‘peeps beyond 2 kms’ 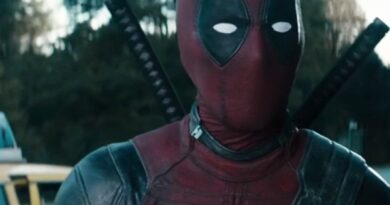 ‘Deadpool 3’ will not be ‘Disney-fied,’ says writer