The fatality rate remains at 0.57 per cent against the national average of 1.5 per cent.

Officials said the percentage of deaths due to Covid-19 was 44.96 while the remaining 55.04 had comorbidities.

The state continued to see more recoveries than the new infections. The Health officials said 1,891 people recovered from the virus during the last 24 hours, taking the cumulative recoveries to 2,02,577.

The state’s recovery rate jumped to 90.21 per cent as against the national average of 88.6 per cent.

Of the new cases registered during the last 24 hours, Greater Hyderabad accounted for 235 cases.

The active cases now stand at 20,686, including 17,208 in home/institutional isolation.

According to a media bulletin from the office of the director of public health and family welfare, of the total samples 18,611 were primary and 5,075 were secondary.

With this the cumulative number of samples tested have gone up to 38,98,829.

The samples tested per million population ratio rose further to 1,04,750. The daily testing target for the state is 5,600 per day as per the World Health Organisation (WHO) benchmark of 140 per million per day.

Officials said 60.64 per cent of those tested positive were male, while the remaining 39.37 per cent were female.

The data also shows most of the beds in the government and private hospitals treating Covid patients are vacant. 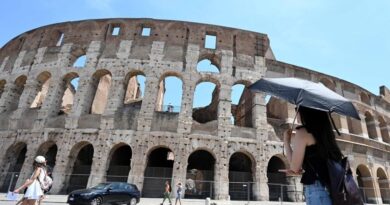