Hyderabad, Oct 14: Authorities on Wednesday opened 13 of the 17 gates of Himayat Sagar reservoir on the outskirts of Hyderabad to let excess water into the Musi river which flows through the city.

Water entered into houses in several areas on the banks of the river, especially at Chaderghat and Moosarambagh.

Residents in inundated areas were waiting for help. The Moosarambagh causeway across the river was washed away in flood waters.

Hyderabad Metro Water Supply and Sewerage Board (HMWS&SB) opened the gates of Himayat Sagar as the water level touched its Full Reservoir level (FRL) of 1,763.500 feet.

Officials said incessant rains in the catchment areas over the last three days increased the water level and to save the dam, they had to open the gates.

The total water storage capacity of Himayat Sagar is 2.97 TMC, and as of 7.30 a.m., full reservoir level was maintained.

People in low-lying areas and those living in the river bed and its banks were told evacuate before opening the gates.

The last time, the gates of Himayat Sagar were lifted was in 2010 to release flood water into the river.

Large number of curious onlookers gathered on bridges across Musi river to watch the rare spectacle of floods in the river.

People were seen on Puranapul, Nayapul and Chaderghat to look at the flowing river and capture the rare images on their mobile phones.

Meanwhile, with Hussain Sagar lake in the heart of the city receiving huge inflows, authorities released excess water into outlet nalas, which join the Musi river.

Municipal Administration Minister K.T. Rama Rao said a close watch was being kept along outlet channels to prevent inundation of the adjoining areas. 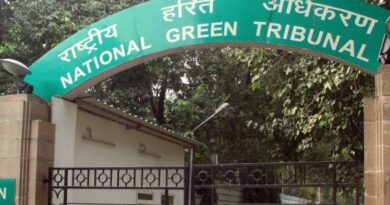