Hyderabad, Oct 5 (IANS) Telugu superstar Vijay Deverakonda has revealed how he runs away from what he terms as the abnormalcy of being an actor.

In a new Instagram picture, the “Arjun Reddy” actor is seen enjoying a meal. He flaunts long hair and wears an off-white shirt.

Alongside the image, which currently has 1.9 million likes, he wrote: “Europe – my happy escape from the madness of work, escape from the abnormalcy of being an actor and most importantly my food heaven.”

Vijay’s next is tentatively titled “Fighter”. He will also be seen alongside actress Ananya Panday in a multilingual film that will mark his Bollywood debut. The film is directed by Puri Jagannadh.

Nagarjuna’s younger son to get engaged on December 9 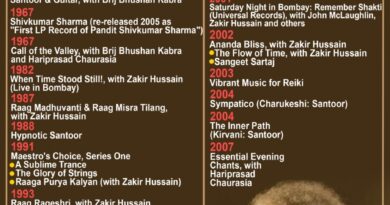 The santoor is silent now