Hyderabad, July 11 (IANS) A Telangana government employee allegedly committed suicide on Saturday, 10 days after his five-year-old daughter was murdered by one of the two paramours of his wife.

Kalyan jumped on to the tracks before an approaching train near Bhuvanagiri railway station.

He was working as a village secretary in Atmakur in Yadadri Bhuvanagiri district.

His daughter Aadhya was murdered by Karunakar, who was angry over her mother’s friendship with Rajasekhar, at Pocharam in Medchal district on the outskirts of Hyderabad on July 2.

Karunakar had visited the woman at her house, but got angry over Rajasekhar’s presence there. Karunakar subsequently slit the girl’s throat and attacked Rajasekhar and the woman identified as Anusha before injuring himself on the neck.

The grievously injured girl was shifted to hospital, where she succumbed. 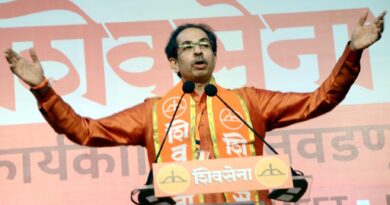