“Positive cases 10,186 and 10,187 have been booked for not revealing their travel data and also for not cooperating in providing information about their primary contacts,” Udupi District Health Officer (DHO) Sudhirchandra Sooda told IANS.

Whenever the health department officials called the brothers, they would never pick up phone, the DHO said.

Both of them have also made it difficult for the health department to trace their primary contacts.

“We have quarantined 15 primary contacts of the two men, out of which 12 have returned Covid positive. All of them have been quarantined now,” he said.

The Udupi district surveillance officer has booked a case against the two men.

The duo is currently undergoing treatment at a designated hospital. 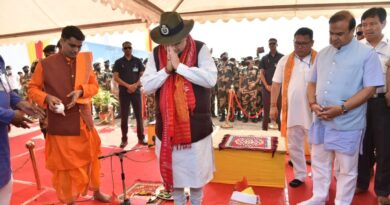