New Delhi, Dec 21 (IANSlife) Ragini Tandan, who made her debut in the music industry with the song “Lamberghini” last year — one of the most popular tracks of the year and received more than 340 million views on YouTube, says it’s a struggle to survive as in today’s time it is extremely easy for new songs to quickly pick up and the older ones to forget.

The Ambala girl, who did her Masters in MSc. HRM & Organisational Psychology from King’s College, London, says her life completely changed after “Lamberghini” as it gave her the confidence to pursue music seriously.

In a chat with IANSlife, the star-in-making who recently performed at DLF CyberHub, Gurugram, speaks about her music, upcoming projects and more.

Well, after “Lamberghini”, my life has completely changed. I completed my Masters and was applying for jobs. “Lamberghini” gave me a chance to pursue my dream and that’s exactly what I’m doing now. I always wanted to pursue music and it gave me the confidence to do it.

How did music happen to you?

Music is in our family. My mom learned classical music and dad’s hobby is singing. Even my cousins are into music and arts. My brother writes and composes, he sings as well. So we’re all quite into the field. My father always wanted me to be a singer (also why my name is Ragini) and enrolled me into music classes for learning.

Today is a time when a song which became a rage fades out as soon as the next hit is dropped. How difficult does it make survival ?

Yes, it has become extremely easy for new songs to quickly pick up and the older ones to forget. It is a struggle if you think of it this way, however, it also means that there is so much talent out there and with every new song and new singer, we get experience of a completely new vibe and technique, which is extremely exciting. I also believe that as long as we artistes make music we like, music is also loved by the masses. It will survive, as for a fact we still listen to old songs (songs from the 50s, 60s or even 90s) because when you really love the song, it stays with you.

Are you also looking at Bollywood?

Honestly, I just started off in the industry and fingers crossed Bollywood will be on its way. A few days back, a song of mine in collaboration with Arko and Ankit Tiwari released, it is a Gaana original, called “Baashinda”. So, working with artistes and composers from the industry is super exciting already and hopefully Bollywood is not far. I’m also performing on December 21 at Bollywood Music Project in Bombay Jio gardens. So, I feel blessed to be around people, artistes and singers from the industry.

What are your next projects?

I am working on a lot of content and collaborations. So, I am going to announce the release of next project super soon. 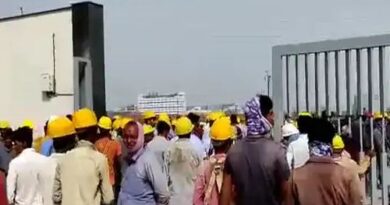