Mumbai, Dec 7 (IANSlife) The retelling of Agatha Christie’s popular 1962 novel, “The Mirror Crack’d from Side to Side”, has been adapted for the stage by Rachel Wagstaff and reimagined for an Indian audience by Ayeesha Menon. It premiers in January.

The classic British thriller was originally co-produced by the Wales Millennium Centre and Wiltshire Creative. In India with an original desi flavour, the new interpretation is a collaboration with Indian and international theatre talent and promises to be a highlight of the Mumbai theatre calendar in 2020.

“It’s very thrilling to be working on a classic Agatha Christie novel, transposing it to India, collaborating with a whole range of incredible artists from India and the UK to create an utterly unique interpretation of this marvellous ‘whodunnit’ story,” the play’s creative producer Padraig Cusack said.

Melly Still, who created the original production in the UK, was brought on board to direct ‘The Mirror Crack’d’ for Indian audiences. “This is an Indian version of this wonderful Agatha Christie whodunnit, for I hope will have both the Christie fans as well as new audiences keen for an intriguing thriller on the edge of their seats, trying to second guess every twist and turn of this cleverly plotted story,” she said.

With multiple shows lined up for 10 days, ‘The Mirror Crack’d’ promises to be an engaging and enthralling experience for theatre-lovers in Mumbai.

The 150-minute play is in English and premiered in February 2019, and will now travel to India.

A house-bound Miss Mistry (Shernaz Patel) is visited by her friend and rival in crime, Senior Inspector Darius Chinoy (Denzil Smith), following a glamorous drinks party that ends in murder.

Set in 1976, the mystery revolves around a fading Bollywood film star, Mamta Ghosh, (Sonali Kulkarni) making her comeback in films. Why did she disappear from the silver screen; why has she moved to the old Portuguese manor house, Briganza Mansion, in a sleepy, Goan town; and who would want to kill her? 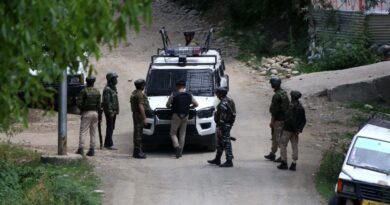 ‘Dangal’ mints over Rs 80 crore in China in opening weekend